That means another central striker has to be on the radar ahead of 2020/21.

Ighalo has done everything that has been asked of him since joining United, yet his Premier League appearances have only been as a substitute and his primary role has been to provide relief in domestic cup and European competitions. 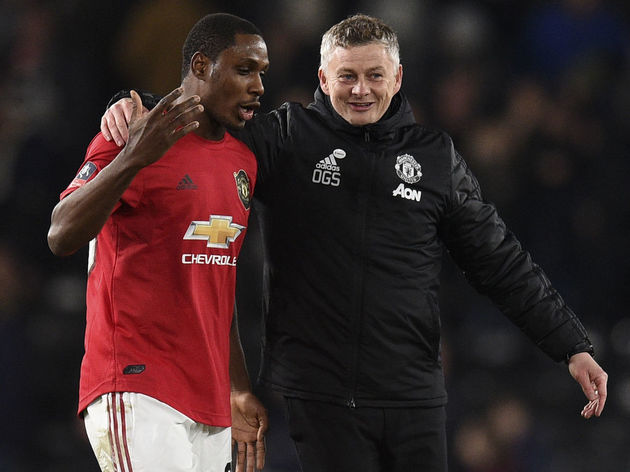 United will still need a reliable player like that next season, à la Michael Owen c.2009. But with Anthony Martial and a promising yet incredibly raw Mason Greenwood the only other central options, more depth is needed – think back to 1998/99 when there were four senior strikers.

Marcus Rashford, although capable of operating as a ‘number nine’ on occasion, isn’t part of this discussion as he has shown time and again this season prior to getting injured that his best and most preferred position is playing off the left flank as a wide forward. It was a choice between United and Borussia Dortmund for Erling Haaland in January when the Norwegian teenager moved on from Red Bull Salzburg.

Haaland himself chose the Bundesliga side because he said he liked how they approached the negotiations and were very clear that he would be a regular starter. United had their own reasons for hesitating, with reports they were unwilling to agree to certain parts of the proposed deal structure, including a release clause and a sell-on commission for his representatives.

But the 19-year-old has shown with 12 goals in his first 11 games for Dortmund that he remains on course for superstardom. Other clubs are rumoured to be interested in his services, including Manchester City and Real Madrid, even though he only moved in January.

Given that United, and particularly Ole Gunnar Solskjaer, were keen, the club would be foolish not to at least keep tabs on the situation and go back in if there is movement again. The release clause that Dortmund agreed to include in their deal with him makes him affordable. Already rumoured to be agitated by Spurs’ lack of silverware, Harry Kane has recently sparked further speculation about his future at the club when he refused to rule out leaving if it is deemed there is not enough progress being made.

“I’ve always said if I don’t feel we’re progressing as a team or going in the right direction, then I’m not someone to just stay there for the sake of it,” he said.

90min recently revealed that Kane’s representatives have started exploring possible transfer options, with Manchester City establishing interest in the England captain. 90min also understands United would consider moving for Kane if he were to genuinely be available.

Price may be a factor because Tottenham are dogged and value him at £200m, while United may have to reassess their other already firm transfer plans because of the extreme cost. This could be a rare chance to sign one of the best goalscorers in the world. Lautaro Martinez has thrived in a two-striker system at Inter this season, pairing up with former United player Romelu Lukaku at San Siro. The Argentine initially struggled after a high profile arrival from South America in 2018, but now he is one of Europe’s most talked about forwards.

The 22-year-old has drawn comparisons with Luis Suarez and Sergio Aguero, both of whom have lit up the Premier League past and present.

United have already been linked with Martinez, albeit largely speculatively so far. He is also said to be of interest to Manchester City and Chelsea, while it is Barcelona who have long looked most likely to be successful in signing him, if he moves at all. Goalscorers haven’t come much better over the last decade than Edinson Cavani. Since 2010 when he joined Napoli, the Uruguayan front-man has netted 304 club goals in all competitions.

Even if he doesn’t continue to quite replicate those more than impressive numbers given that he recently turned 33 and is nearing the end of his career, Cavani could provide an important off-field boost to the likes of Martial, Greenwood and Rashford were he to join United.

The club has reaped the benefits of signing a veteran free agent on the way out of Paris Saint-Germain once before in the shape of Zlatan Ibrahimovic. It doesn’t need to be long-term and if United could negotiate an acceptable short-term contract, Cavani could be a temporary stroke of genius, giving the club extra time to formalise plans to recruit a younger striker.

However, there is risk involved. He has started to struggle with niggling injuries and the last thing United want is another Radamel Falcao on their hands. Raul Jimenez has probably surprised a lot of people since moving to the Premier League, having never previously managed double figures in a European league campaign. He netted 13 last season with Wolves and has another 13 to his name so far in 2019/20.

The Mexican is a proven Premier League player in a way that Cavani, Martinez and Haaland are not, although the latter two have age on their side to prove otherwise. Jimenez will be 29 next month and is not a long-term solution, so it would have to be a good deal for United to go for him.

Wolves paid a club record £30m for Jimenez last year and their ambitions to break up the ‘Big Six’ would likely see a refusal to accept anything less than a premium price. United would therefore have to consider whether there is enough gain and value to be had.

Striker featured in 90min’s list of ‘5 Positions Man Utd Need to Strengthen – Summer 2020’ – click to take a look at the other positions discussed and who the club could sign in each.