​Despite what every Tom, Dick and Harry down the pub thinks, signing world-class talent isn’t as easy as it looks.

As far as Liverpool are concerned, their signings under Jurgen Klopp have been an enormous success, leapfrogging them up the Premier League and European ladder, and enabling them to achieve unprecedented performance levels and points tallies.

On the whole, the Reds have more or less conquered the transfer market in recent seasons, splashing the cash when necessary, but also thinking more acutely when needed.

However, nobody is perfect, and Klopp has brought in his fair amount of deadwood to partner the world-beating stars he has also signed up. So, let’s take a look at the German’s five best and five worst signings since arriving on Merseyside. ​Without a shadow of a doubt the strangest signing Klopp has made as ​Liverpool boss – and arguably in his entire managerial career – the German signed former Tottenham outcast Steven Caulker in January 2016. ​£10m for arguably the world’s best left-back is not a bad deal. Actually, scrap that – it’s a bloody marvellous deal.

Despite making a slow start to his Liverpool career – initially being kept out of the starting lineup by Alberto Moreno (yes, really) – the Scot proved that patience is a virtue. The former Hull City defender’s arrival in 2017 may have been met with a fair amount of scepticism, but the acquisition of the 26-year-old, and his subsequent development, showcases Klopp’s man-management abilities.

Robertson has provided the perfect, affordable solution to what has been a trouble position for Liverpool since John Arne Riise’s departure in 2008, and the left-back has had to achieve what he has with little to no back-up. ​Now, ​Naby Keita is yet to have fully earned the title of a Liverpool ‘flop’, but, considering the reputation the midfielder arrived with from RB Leipzig, he has been a big disappointment at Anfield.

Not helped by the year Liverpool fans had to wait before actually seeing their £48m signing play on Merseyside – in which expectations grew exponentially – Keita has certainly failed to live up to his potential. The dynamic and powerful box-to-box midfielder has endured a terrible run of small but costly injuries that have stunted his growth (not literally), and we are yet to see the best of the Guinean.

Time is beginning to run out on Liverpool’s third-most expensive signing of all time, but the 25-year-old has still shown glimpses of what he could offer the Reds in the future. ​The fact that ​Mohamed Salah only ranks fourth in Klopp’s best signings shows just how prosperous his acquisitions have been on Merseyside.

After being ousted by Chelsea during his first Premier League stint, Salah’s debut season with Liverpool was a redemption story. The Egyptian broke the record for the most goals scored in a 38-game Premier League season, and has since helped guide Liverpool to two Champions League finals and a league title in waiting.

Despite the frankly bizarre mixed opinions on whether or not Salah is actually any good at football, the winger has repeatedly proven that he is one of the world’s most talented players, and his 91 goals in 144 appearances with the Reds speaks for itself. It’s sad to see a talented young player’s career plummet into an abyss of uncertainty and mediocrity, but, unfortunately, that’s what has happened to Dominic Solanke.

​After picking up the golden ball at the 2017 U-20 World Cup with England – an award previously won by the likes of Diego Maradona, Sergio Aguero, Lionel Messi and Paul Pogba – Klopp decided to snap up the youngster from Chelsea back in 2017.

Following one goal in 27 games with the Reds, Bournemouth decided it was a sensible move to splash £19m on the forward, who has since netted just once in 38 appearances with the Cherries.

Not great from Klopp, but even worse from Eddie Howe. ​Spoiler: the Brazilian is not the only goalkeeper to appear on this list, but he is the only one to feature amongst Klopp’s best signings.

Following what felt like an eternity of goalkeeping gaffes, the Reds finally decided to throw some more money at Roma, bringing one of the world’s most sought after shot-stoppers to Anfield. It’s fair to say that Alisson has provided Liverpool fans with a safer pair of hands than they could ever have hoped for since the summer of 2018, and the 27-year-old was worth every penny of the £67m the Reds spent on him. 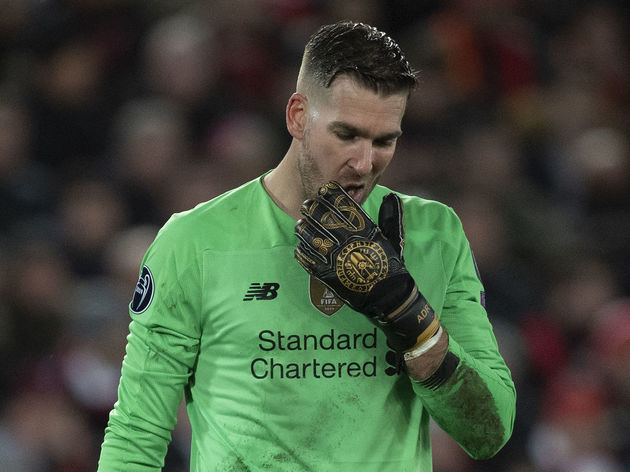 ​Adrian’s UEFA Super Cup heroics aside, there is a pretty obvious reason why West Ham let the Spaniard go for free last summer. Unfortunately, Klopp didn’t quite get the memo.

Who knew a free transfer could be so costly?

The architect of Liverpool’s Champions League exit this season, Adrian has put in countless underwhelming, and nerve-wracking, performances this campaign for the Reds, while bringing unprecedented bad luck to the number 13 jersey. Simply put, his arrival has been somewhat of a disaster for the world champions.

On the brighter side, his Simon Mignolet impression is flawless. Proving that nice guys don’t always come last, ​Sadio Mane has been nothing short of sensational since his arrival in 2016.

Yet another former Southampton man who chose Merseyside over the south coast, the Senegalese winger is finally getting the recognition he deserves as Liverpool’s most important member of their world-beating triumvirate up top.

We’re running out of adjectives to describe the dynamic attacker, whose 111 combined goals and assists for the Reds in 161 matches pretty much does the talking.

When you consider that Mane set Liverpool back £34m and Danny Drinkwater cost Chelsea £35m, then you start to realise what a staggering piece of business Klopp and his backroom staff pulled off under four years ago. The winner of the wooden spoon simply had to be ​Loris Karius.

While people always choose to focus on the most catastrophic Champions League final appearance since the competition’s inception, Klopp’s compatriot had been making blunders long before his trip to Kyiv to face Real Madrid in 2018.

Luckily for the Reds, they spent just £4.2m on the gaffe-prone goalkeeper, whose career has since derailed in dramatic fashion following his departure from Anfield – although he is technically still owned by the world champions.

Klopp’s frequent trips to the Bundesliga in the transfer market during his early days with the Reds had varying levels of success, but Karius was a downright stinker. Considering Van Dijk is Liverpool’s greatest signing of the Premier League era, you don’t have to be a rocket scientist to figure out he would top Klopp’s best acquisitions.

The Dutchman can simply do no wrong, effortlessly battling the world’s most gifted attackers, and seldom coming out on the losing side. Not only has the centre-back transformed Liverpool’s defence, he’s transformed the whole team, enabling the Reds to conquer England, Europe and the world.