The 2010s weren’t particularly kind to the Milan clubs.

Indeed, the San Siro has hosted many a Thursday night matches over the last decade or so, a symbol of the Milan clubs’ regression as Juventus began to dominate Serie A.

But, over the last couple of years or so, Inter have turned the tide and have found themselves back in the Champions League and challenging for the Scudetto. With this, their long-suffering fans can finally breathe a sigh of relief, knowing that their ‘banter era’ is over and anticipating more success in the years to come. Milan, on the other hand, are still very much in their ‘banter era’. 2019/20 has been business as usual for I Rossoneri so far – managerial changes, boardroom changes and

With this in mind, here is a list of some of their high-profile players currently out on loan and what chances they have of playing for I Rossoneri. Out of all the players ​Milan signed during their big-spending summer of 2017, Andre Silva was the one that excited I Rossoneri fans the most.

Young, and already prolific in his native Portugal, expectations were high, and safe to say, Silva didn’t come anywhere close to meeting them.

Though he scored regularly for Milan in the Europa League, Silva couldn’t adapt to ​Serie A and got a measly two in 24 appearances. Consequently, he was shipped out to ​La Liga side Sevilla on loan with an option to buy, but struggled for consistency and was sent back to Milan at the end of the season.

Silva joined ​Bundesliga club Eintracht Frankfurt on a two-year dry loan deal at the start of the season, a sign that Milan had completely lost faith in the player. He has played well there, but his long-term future is still unknown. One thing’s almost certain though, we’re not going to see this guy in the colours of I Rossoneri again.

Likelihood of Making it at Milan: 0/10 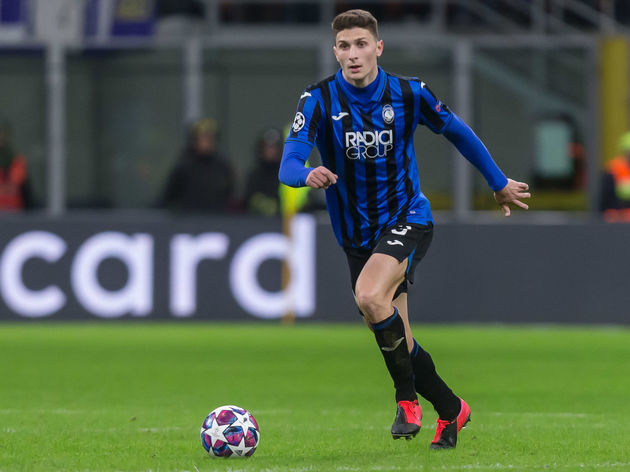 Considered to be one of the better centre-backs in Serie A when he joined Milan in 2018, Mattia Caldara became a forgotten figure during his time at the San Siro, with his spell at the club marred by injuries. Indeed, Caldara failed to make a single league appearance for Milan in the 18 months he spent there.

He was shipped out on loan to Atalanta – the club where he made his name – with the option to buy in 2021. Caldara has rediscovered his form in Bergamo and was one of the starting centre-backs in their historic ​Champions League round of 16 victories over Valencia.

If Caldara manages to keep this form up – and himself off the injury table – Atalanta will probably exercise their option to buy. Regardless of whether that happens or not, Caldara seems unlikely to have any kind of future at his parent club.

Likelihood of Making it at Milan: 1/10 A signing that still baffles Milan fans to this day,

Likelihood of Making it at Milan: 1/10 Tommaso Pobega joined Serie B new-boys Pordenone on loan back in July, where he has been a crucial part of their promotion challenge, scoring five times and making three assists in 22 appearances.

With players like Fiorentina’s Gaetano Castrovilli emerging as quality Serie A players following successful loan spells in Serie B, Milan might see fit to include him in their pre-season squad to see whether he possesses enough ability to play for their first-team.

Otherwise, another loan spell is probably on the cards for Pobega, but don’t be surprised if you see him in the colours of I Rossoneri soon.

Likelihood of Making it at Milan: 3/10 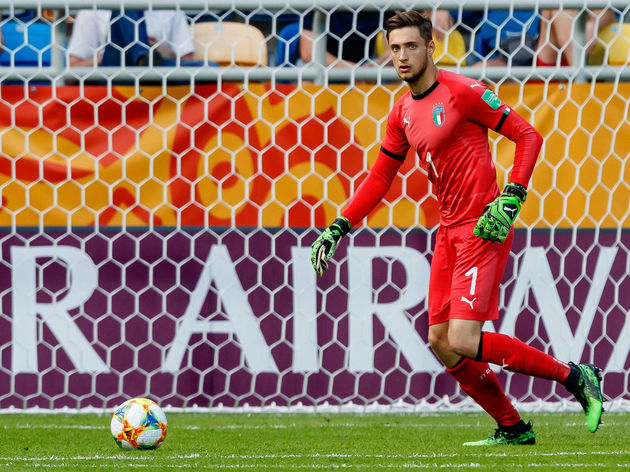 ​An immensely talented goalkeeper with bags of potential, Milan’s intentions with Alessandro Plizzari – keeping in mind Gianluigi Donnarumma – are currently unclear. For now though, it seems likely that I Rossoneri will keep sending him out on loan until they figure out what to do with him.

Plizzari has been out on loan to Serie B strugglers Livorno this season, where he’s made 15 appearances, keeping two clean sheets. Livorno’s relegation from the second tier appears to be inevitable, and one can only hope it will serve as a learning experience for the young goalkeeper.

He might find himself being trialled as a first-choice goalkeeper should Donnarumma leave – which there’s a chance of happening – and it’s on this basis that we might soon see him between the sticks for Milan. Milan’s starting left-back for two seasons following his arrival from Wolfsburg in 2017, Ricardo Rodriguez has largely found himself either on the bench or on the injury table for much of the first half of 2019/20, resulting in a loan move to Dutch side PSV in January.

Unremarkable for much of his spell at San Siro, Rodriguez’s future at Milan was called into question after the emergence of Pepe Reina joined Milan from Napoli in 2017 amid speculation that Donnarumma would leave the club. ​Indeed, Reina moved up north with the expectation that this would happen, only for Donnarumma to stay, meaning the Spaniard has been warming the bench for much of his time at San Siro.

With Reina effectively surplus to requirements at the club – not to mention that he was on a sizeable wage too – he was sent out on loan to ​Aston Villa to cover for the injured Tom Heaton, but a permanent move seems unlikely.

His contract with Milan expires at the end of next season, so the 37-year-old might opt to run his lucrative contract down, or seek a move to a club where he’ll get regular football.