​It’s fair to say that once a player is loaned out by Manchester City, it’s an awful long and arduous road towards the first team at the Etihad.

The following players know that only too well, staring down the prospect of having to challenge the likes of Kevin De Bruyne, Sergio Aguero and Raheem Sterling for their starting berth.

About as likely as Pep Guardiola re-growing a full head of hair, right?

Well, perhaps, but regardless of the difficult journey ahead, Manchester City’s loaned out players will surely fight to within an inch of their lives for a seat at the table, with the possibility of playing for the most successful side in recent Premier League history a strong motivator.

Let’s see if their dreams have even a hope in hell of coming true when they return to Manchester. With Man City having an incredibly large roster of loaned out players, we’ll simply be focusing on some of the more prominent ones, starting with Patrick Roberts.

Yes, the 23-year-old is still owned by the Sky Blues, having racked up a staggering three appearances for the club since arriving back in 2016. The youngster was likely used to fill Man City’s English quota rather than being genuinely perceived as a star in the making – although the winger did have talent.

Four subsequent loan spells in three different countries doesn’t bode well for Roberts, while his move to Norwich this season was cut short after he made just four appearances for the ​Premier League’s worst side.

Instead, he was loaned out to ​Championship Middlesbrough – a damning move for the youngster. ​Having been loaned out to Nottingham Forest last summer in a bid to get minutes under his belt, the Kosovo international has played just five times in the Midlands this season.

Some very high-profile gaffes at the beginning of the campaign set the tone, leading to the 21-year-old – who technically won the treble last season – being dropped from the team, without featuring for Nottingham Forest since September.

With Guardiola liking to rotate his goalkeepers heavily in domestic cup competitions, the Spaniard requires an assured deputy to Ederson, but may have to look beyond Muric when 36-year-old Claudio Bravo hangs up his boots. A former Paris Saint-Germain youth product, ​Man City looked to be doing a very safe piece of business by acquiring the 19-year-old on a free transfer in 2019. After all, that’s what clubs like Man City and Chelsea do, they sign any and every youngster in the hope that at least one of them makes waves when shipped out on loan.

The Frenchman has proceeded to make 21 appearances for PSV’s youth team this season, but the chances of him climbing the pecking order at the Etihad still look incredibly slim. ​Despite starting the season on loan at Wolfsburg in his homeland, the striker has since joined up with Man City teammate Roberts at Boro.

The German has made ten appearances since moving to the Championship outfit, but has only played the full 90 minutes on two occasions, and he is yet to open his account with Middlesbrough – or even register an assist.

Nmecha similarly struggled in Germany during the first half of the season, featuring 12 times and drawing a blank on every occasion. At 21, time is seemingly already running out for the forward. One man who will be hoping Adarabioyo doesn’t make it at the highest level is Sky Sports pundit Paul Merson, who still struggles pronouncing Azpilicueta after about a gazillion years of watching the Spaniard play for Chelsea.

And Merson may just be in luck, with the Nigerian defender still some way off being capable of stepping in to Aymeric Laporte’s shoes.

The 22-year-old has made 28 appearances for Blackburn this season in all competitions, but the fact that fellow City youngster Eric Garcia is already above him in the hierarchy – and is three years younger – will certainly be of great concern to Adarabioyo.

Likelihood of Making it at Man City: 2/10 ​Following a successful loan spell with Royal Excel Mouscron (they’re Belgian, by the way) this season – in which the Spaniard has scored five goals and provided three assists from central-midfield – Garcia may feel good about his future at the Etihad.

However, the 22-year-old should be cautious, especially considering Phil Foden – who plays a similar position to Garcia – is apparently the best player Guardiola has ever seen…yet isn’t worthy of a consistent run in the team.

Even Poirot couldn’t work that one out.

Likelihood of Making it at Man City: 2/10 ​We wouldn’t blame you if you forgot this transfer ever happened.

Following some decent form in MLS, the Cityzens snapped up the 25-year-old before immediately…you guessed it, loaning him out.

The American joined Fortuna Dusseldorf in the ​Bundesliga, making 18 appearances this term before injury – and a pandemic – reared its ugly head. While Steffen has conceded just over two goals a game in Germany, he is plying his trade for a side battling relegation.

Likelihood of Making it at Man City: 3/10 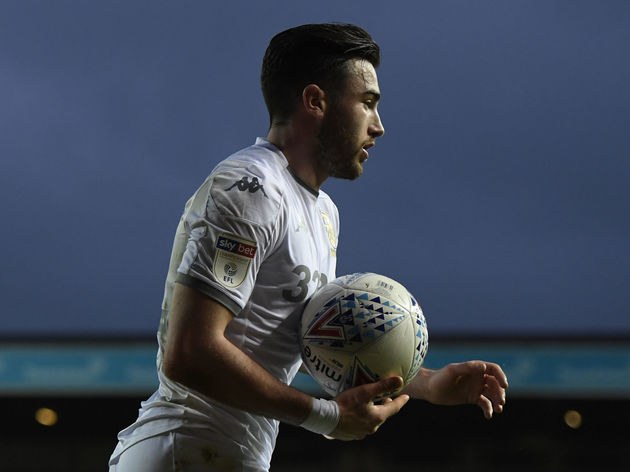 ​In true Patrick Roberts fashion, Harrison was signed by Man City only to be loaned back to the Championship straight away.

While the Leeds United winger has impressed a great deal more than Roberts – scoring five and assisting seven in 40 appearances this season – his pathway in to the Sky Blues’ first team still appears to be littered with obstacles.

Unfortunately for Harrison, another loan move next season is seeming increasingly likely, while a permanent switch to Elland Road is also on the cards.

Likelihood of Making it at Manchester City: 4/10 ​Other than boasting an incredibly satisfying name to repeat quickly over and over again (go on, try it), Porro has actually proven that he’s a very capable young right-back during his loan spell with Real Valladolid this season.

The youngster is rated highly in his native Spain, with Valladolid even having an option to buy Porro permanently at the the end of his current spell with the club – although City would likely include a rather tasty buy-back clause in his contract.

With full-back being something of a trouble spot for Guardiola this season, the addition of a fresh and highly-determined youngster to City’s ranks wouldn’t go a miss, even if he has made just 13 appearances in ​La Liga.

Likelihood of Making it at Man City: 5/10 ​More than anything else, Sandler offers Man City Fernandinho-esque versatility, comfortably being able to perform at both defensive-midfield and centre-back – although the latter is the Dutchman’s preferred position.

A serious knee injury has hampered the 23-year-old’s campaign, but Sandler has a fair few admirers at Anderlecht and could be given a shot by Guardiola next season – if either of them are still at the Etihad, of course.

Again, just because the defender is highly-rated, it doesn’t mean he will find a simple route into the Man City first team, but his odds of making the cut look significantly better than many of his loaned out teammates.

Likelihood of Making it at Man City: 6/10 ​Okay, okay, okay…he may have looked like a bomb scare every time he donned a Manchester City shirt this season, but the Spaniard has looked a lot more comfortable since moving to RB Leipzig in January.