Tottenham saw off a gutsy Norwich City 2-1 on Wednesday night, handing the hosts a much-needed win and simultaneously keeping the Canaries rooted to the bottom of the Premier League table.

guilty of a one-on-one miss – but the breakthrough finally came seven minutes from half time as Spurs recycled possession high up the pitch, with Serge Aurier sending a teasing cross into the box for Dele Alli to tap home.

5 – Teemu Pukki has now scored against each of last season’s top five Premier League teams (Man City, Liverpool, Chelsea, Spurs and Arsenal); he is the only player to have done so in 2019-20. Big-time. pic.twitter.com/1h0y5CjPNy

Todd Cantwell escaped further punishment than a yellow card after leaving his studs in on Erik Lamela early after the restart, before the Canaries went close again as Pukki put a tame effort wide from a good position.

They got the equaliser their performance deserved 70 minutes in, as Max Aarons was felled by Ryan Sessegnon in the penalty box and Pukki did the business from the spot.

​Spurs would have the final say, though, as ​Alli’s looping, deflected cross found Heung-min Son at the back post, who made no mistake to head home and secure a crucial victory in their bid to finish in the top four. José Mourinho’s impact at Spurs hasn’t had the desired effect, that is an honest, but abundantly clear assessment. They’re conceding goals too easily and have struggled to create opportunities from open play. Basically, nothing is going right.

They look weak and unsure of their responsibilities, and it was an all too familiar scenario facing the side on Wednesday, as they struggled to impose themselves and take command against the ​Premier League’s bottom feeders.

Instead the visitors made an excellent account of themselves, testing the hosts in both halves and left bitterly disappointed to leave empty handed. For Spurs, there is still much work to do in order to get the side firing once more, and trudging through games against newly-promoted sides on home soil will do little to ease the pressure on Mourinho’s shoulders. Are we getting a glimpse of life at Tottenham post-Christian Eriksen? Perhaps we are, and while Giovani Lo Celso is utilised in a deeper role than his Danish teammate, his influence on the game shows that creativity still exists within the squad. His ability to thread a pass through the eye of the needle and overall calmness on the ball was superb. Activate that permanent signing, like, now.

Might aswell give Lo Celso motm at half time

How good is Lo Celso man! What a pass that was! 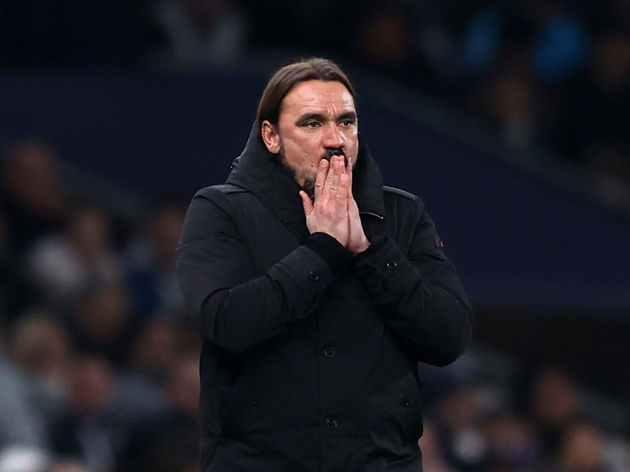 Even with 15 games left to go in the Premier League ahead of kick off, it was still looking like an almighty task for ​Norwich to avoid relegation this season, despite claiming a vital scalp in Bournemouth at the weekend.

Daniel Farke has acted in this transfer window in a bid to freshen his forward line up, but no matter who is in the side, it is imperative you take your chances as a newly-promoted team. They had those opportunities today did Norwich, in a performance that demonstrated plenty of positive aspects. And while they missed their earlier chances, there was no mistake from Pukki from the penalty spot – and you couldn’t say it wasn’t deserved.

For all their gutsy endeavour and quality build-up play – sorely missed for large parts of the season – their hard work was to be undone. However, if they can maintain this level of performance for the remainder of the campaign, then it certainly isn’t out of the realms of possibility that they will stay up. Need more of the same. It seems with every passing game, Todd Cantwell gets better. Some players coming up from the Championship can buckle under at the Premier League stage, but the 21-year-old has embraced the step up and looks lively each time he takes to the turf. Against Spurs he showed endeavour and energy, looking the most likely outlet whenever Norwich made a foray forward.

Todd Cantwell has been very interesting to watch for Norwich tonight. Might be the ideal replacement for either Lamela or Eriksen?

This Cantwell lad for Norwich is superb. Dripping with ability.

Spurs are in FA Cup action on the weekend as they travel to Southampton on Saturday, while Norwich head north to take on Burnley in the same competition.