Eriksen is out of contract at the end of the season and has made his mind up to leave Spurs after six-and-half years in north London. Inter appears to be his favoured destination after recent developments, although whether it happens now or in summer is yet to be decided. 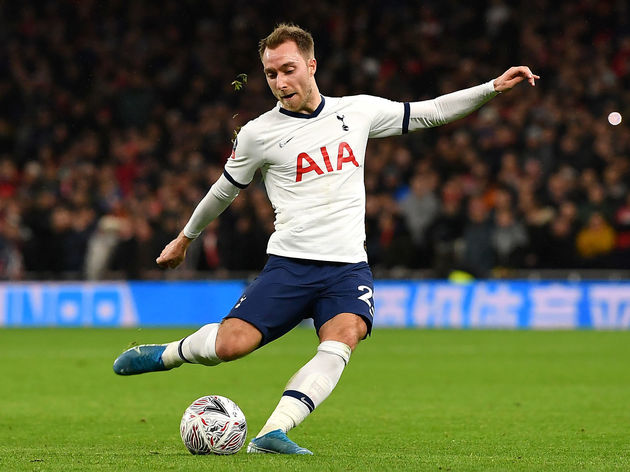 Spurs won the FA Cup replay thanks to early goals from Giovani Lo Celso and Erik Lamela, with Eriksen playing the full 90 minutes of Tuesday’s tie.

“He played very well, very professional, which is what I expect from him,” Mourinho said of Eriksen’s performances, as per the Daily Mail.

“If his decision is to leave, then I think he has to leave with his head up. Fans, it’s always to respect, we have to respect, but the boy did it for us today.”

A report from The Guardian explains that Eriksen has told Inter he wants to join in this transfer window, prompting the start of formal negotiations between the Serie A side and Spurs.

Inter have offered Eriksen a four or four-and-a-half year deal, depending on when the move is completed, but must first negotiate a fee with Spurs if it is to be now.

Various sources put Inter’s opening offer between £8m and £10.5m, a low ball figure that reflects his expiring contract. The media consensus is that Spurs want at least what Inter are currently offering, and the Daily Mail claims the bid has been rejected.

If Spurs do not agree a sale before the end of the month, Eriksen will leave as a free agent in summer. He is already permitted to negotiate a pre-contract agreement with overseas clubs for that eventuality and is expected to wind up at Inter either way.