Josip Ilicic is ranked 48th in 90min’s European Player of the Year series.

When you take a long, hard look at Josip Ilicic, everything about him suggests that he should be rubbish at football.

Standing over 6’2, the gangly, robust Slovenian possesses all the physical attributes of a sturdy centre-back, but incredibly, he has made a name for himself as one of the best attacking play-makers in European football. 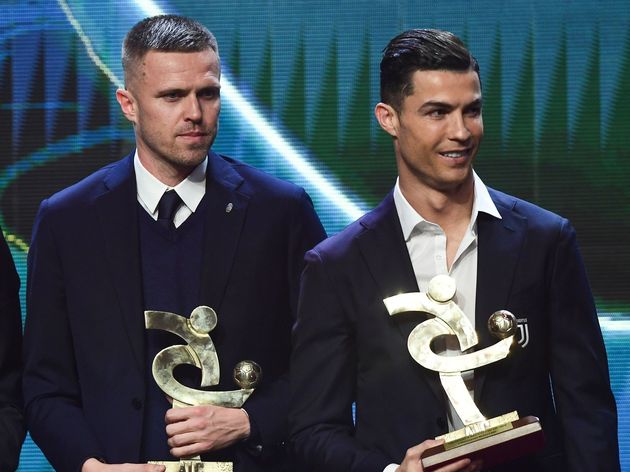 Ilicic is an integral cog in Atalanta’s attacking trident, combining lethally with the tricky Alejandro Gomez and the ruthless Duvan Zapata. Having put together one of the best attacking sides in European football, coach Gian Piero Gasperini finally got his reward for his loyalty to the Bergamascan side last season, following his arrival in 2016.

La Dea automatically qualified for Champions League football in 2019/20, and earned themselves a place in the Coppa Italia final during a record-breaking season.

At the heart of everything excellent and eccentric was Ilicic, a man whose talent and imagination know no bounds. As we bid farewell to the relentless year that is 2019, we takes a look back at five moments in which Ilicic lit up European football.

In one of the most hotly-anticipated games of the season, Atalanta welcomed Roma to Atleti Azzurri d’Italia, as the two top four hopefuls went head-to-head in an unforgettable clash. Roma took a shock three-goal lead inside the opening 40 minutes, and the match seemed to be done and dusted for the hosts.

But you can never write off a team with as much attacking talent and bravery as Atalanta, and the boys from Bergamo came roaring back, largely thanks to Ilicic. The forward grabbed the game by the scruff of the neck and set up the all-important first goal with a delicious backheel, giving Gasperini’s men some new-found hope.

Ilicic later won a penalty to give Zapata the chance to equalise, but he fluffed his lines from the spot. That didn’t deter the home side however, as only a minute later big the Slovenian presented his Colombian teammate with a chance to make amends, and he duly obliged, completing a dramatic turnaround which proved pivotal in their ambitions to qualify for the Champions League.

Atalanta ended the 2018/19 season as Serie A’s top scorers, and it didn’t really come as a surprise to any of us. Gasperini’s trio in attack are a match for any defence in Europe on their day, and when Ilicic is in his stride, there’s really no stopping him.

So when Bologna came to Bergamo with their knees knocking louder than the raucous Atalanta curva, it didn’t take long for Ilicic to make them wish they were anywhere but there. The Slovenian star wasted no time in punishing his trembling opposition, collecting the ball on the right-hand side, stepping infield and then unleashing a curling, dipping left-footed howitzer which gave the Bologna goalkeeper absolutely no chance.

You could forgive Ilicic for switching off momentarily after scoring that stunner, but he was in no mood for reflection and he soon doubled his tally. Only two minutes later, the 31-year-old found himself on that right flank once more, and after fooling his opponents with a cheeky dummy, the big man was presented with a chance in the area.

Facing two defenders and on his weaker right foot, Ilicic sold his marker with a lovely step-over and rattled a thunderbolt beyond

Four minutes later, the majestic forward was at it again, supplying a lovely assist to put the game beyond Bologna after only nine minutes.

A Rolls Royce of a player.

If you’re on the end of a 7-1 shellacking by Atalanta, you can bet your bottom Euro that Ilicic was the driving force behind such an embarrassing result. Atalanta unbelievably found themselves a goal behind early in the game, but bounced back when Ilicic levelled the scoreline soon after.

The Slovenia international then won a penalty, which saw Udinese reduced to ten men, and the hosts took a 2-1 lead, turning the game on its head in a matter of minutes. Ilicic proceeded to provide a masterclass in rubbing salt into wounds, scoring the third and bagging two glorious ‘pre-assists’ whilst demonstrating his wonderful vision and execution.

If you’ve lost your house keys, get this guy round, because he can pick any lock in the world. 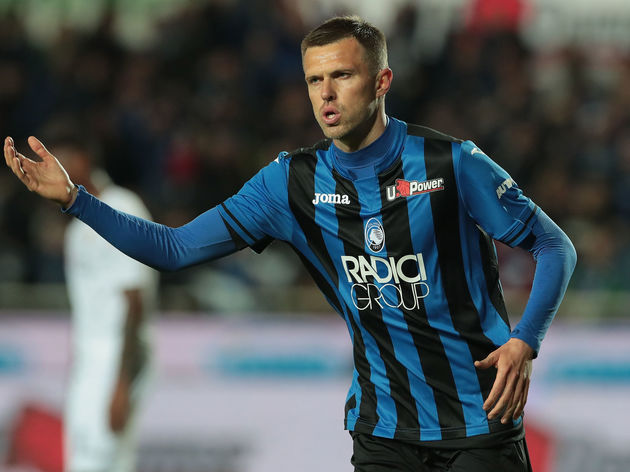 Atalanta were unfortunate to miss out on Coppa Italia glory when they lost a dramatic final against Lazio in May, but their performances throughout the competition were nothing short of extraordinary. After battering Juventus by a three-goal margin, La Dea faced a young, hungry Fiorentina side in a two-legged semi-final.

The first leg saw Ilicic pull off a stunning assist, pirouetting away from a challenge deep in his own half and charging towards a retreating Viola defence, before playing a lovely disguised pass through to Papu Gomez, who gave the visitors the lead. Absolute magic.

A minute later, he was at it again. The talisman picked up the ball on the right, held up possession before curling an inch-perfect cross into the path of Mario Pasalic, who tucked home to double the lead.

The first 90 minutes ended in a dramatic 3-3 draw, and Ilicic proved to be the difference in the second leg, scoring a crucial penalty to help Atalanta reach the final at the Stadio Olimpico.

Ilicic is a very GIF-able footballer, and there is always a moment of magic around the corner whenever the ball is at his feet. The Slovenia international sent the Twittersphere into meltdown earlier this year, when he produced one of the assists of the season in his nation’s 2-0 victory over Poland.

Collecting the ball midway inside his own half on his favoured right channel, there seemed to be little danger for Poland to worry about – but Ilicic was clearly playing a different game. Looking up briefly, Ilicic stroked one of the most outrageous passes with the outside of his left wand, curling the ball around a defender and into the path of attacker Andraz Sporar.

Sporar would have been the most hated man in football had he wasted such a glorious assist, but he tucked the ball away to the delight of the entire social media nation.