Roberto Firmino has responded to criticism from pundit Roy Keane after the Irishman took exception to rival Manchester United and Liverpool players fraternising before the 1-1 draw at Old Trafford on Sunday.

Former United captain and famously fiery character Keane – who was partial to a tunnel bust-up in his playing days – was inevitably infuriated by the two sets of players hugging and chatting in the belly of the Theatre of Dreams before one of the great matches in the English football calendar, going as far as to say he was “disgusted”.

The former Sunderland manager was a guest on Sky Sports for their coverage of the encounter, alongside José Mourinho and Graeme Souness. Speaking after the match, he said: 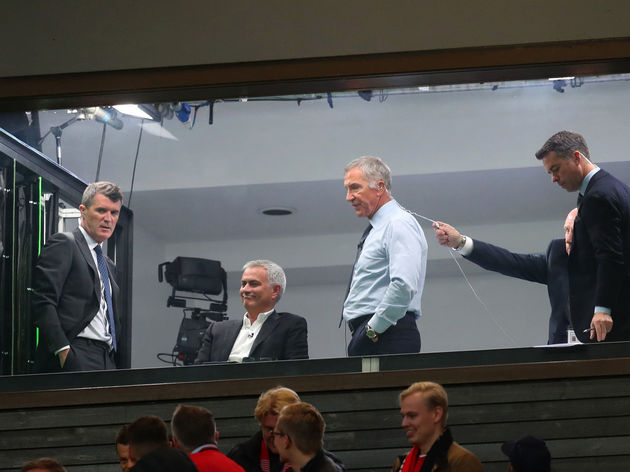 ​Liverpool front-man Roberto Firmino was among those caught on camera having a chat and a hug with his opponents in the tunnel as he said hello to compatriots Fred and Andreas Pereira, both of whom started for the home side.

Quizzed on Roy Keane’s comments after the game by ESPN Brasil (via ​Metro), Firmino swerved a war of words with the ​Man Utd legend and said he thought his behaviour was “normal”. “I don’t want to create controversy with anyone,” he said.

Firmino will have his attentions firmly fixed on Liverpool’s Wednesday night trip to Genk in the Champions League, while United’s players will probably also recover from Keane’s snipes as they face a tricky trip to face Partizan in the Serbian capital Belgrade.