​The 2019 Women’s Ballon d’Or shortlist was released on Monday night, a glittering who’s who of the biggest names and highest achievers in the game.

But is everyone on France Football’s nominations deserving of their place among the world’s best of 2019? And what about those who have been mysteriously overlooked?

Here’s a look at two stars who shouldn’t be up for the award this year, as well as seven others who can probably feel unlucky that they aren’t in the mix.

Read on to also see the full list of 2019 nominees. Award shortlists in the women’s game are notorious for sometimes being driven by fame rather achievement and major on-field contribution. In 2019, USA co-captain Alex Morgan has been a huge beneficiary of this, already a runner-up in the Best FIFA Women’s Player stakes last month and now a nominee for the Ballon d’Or as well.

Morgan was a World Cup winner with the United States, as well as Silver Boot winner at the tournament. But dig beyond the surface, and her 2019 has hardly been outstanding and essentially boils down to just two performances.

The 30-year-old scored five of her six World Cup goals in one game – a new World Cup record – but it was against a very poor Thailand team. Other teammates contributed far more to lifting the trophy than she did, with her only other goal an important one against England.

At club level for Orlando Pride, Morgan had a dreadful 2019. She only played six NWSL games all season, failing to score even once, and her team finished in a distant last place. 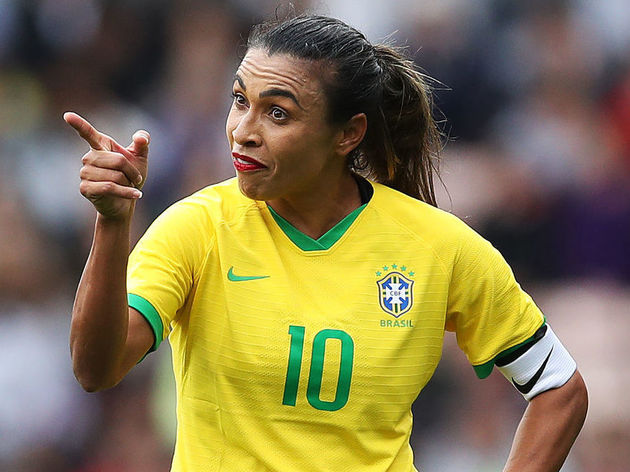 Although a genuine living legend of the women’s game, Brazil icon Marta is another to have benefitted from fame over performances when it comes to global recognition in 2019.

Marta, arguably an undeserving winner of the 2018 Best FIFA Women’s Player award for similar reasons, scored twice in the World Cup to extend her own all-time record. But both were penalties and it was teammate Cristiane, not nominated, who was more impressive.

Like Morgan, Marta also plays club football for Orlando Pride in NWSL. She failed to score at all in the first half of the season and it was only after the World Cup that she found any kind of form, by which team it was far too late to save her team from a dismal campaign.

Her most noteworthy contribution of 2019 was a rousing speech following Brazil’s elimination from the World Cup. It was a hugely important moment that sought to inspire millions of young girls back home to play football, but that alone is not exactly relevant for the Ballon d’Or.

7 Others Who Can Feel Unlucky at Missing Out

Much more so than Morgan, Julie Ertz made the United States a better team at the World Cup and was crucial to her country’s success at the heart of midfield. Later this month, she will also play in the NWSL Championship game for her club, Chicago Red Stars. Perhaps not getting the recognition given her role as a left-back, Crystal Dunn had fans crowing with her stunning performances for the United States during the World Cup. Away from international duty, she has also enjoyed a good year at club level with North Carolina Courage. Sam Mewis made her mark early in the World Cup and was usually favoured as a starter over the excellent Lindsey Horan as the USA marched to glory. At club level, she is another from an NC Courage team that could yet finish 2019 by winning back-to-back NWSL championships. 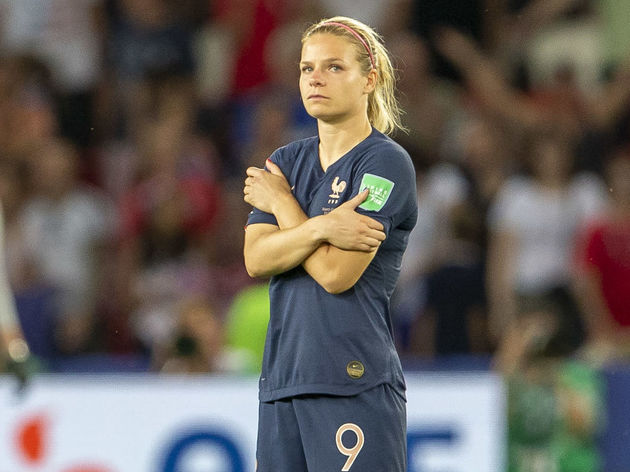 Eugenie Le Sommer got the ball rolling for France at the World Cup, coming off the back of another truly dominant club season Lyon that yielded a league, cup and Champions League treble. She has seen several of her club-mates and international colleagues nominated. But for Vivianne Miedema, who has been rightly nominated, Nikita Parris would have set a new Women’s Super League goalscoring record in 2018/19. But she did also finish the campaign as FWA Footballer of the Year and a domestic cup double winner for Manchester City. Danielle van de Donk was a huge reason why Arsenal stormed to a first WSL title in England since 2012, scoring 10 goals from midfield and getting a further six assists. She then started every game at the World Cup as the Netherlands reached a global final for the first time. Caroline Graham Hansen emerged as a star for Norway at the World Cup, emerging from the shadow cast by Ada Hegerberg’s absence. She has been a difference maker at club level, winning a domestic league and cup double with Wolfsburg, then joining an ambitious Barcelona.

Note: Some players have transferred clubs during the last 12 months