​Virgil van Dijk has welcomed the pressure that comes with being a Liverpool player, insisting his side must ‘enjoy’ the fact that every side is looking to beat and calling for calm in the wake of their Champions League defeat.

The Reds fell to a 2-0 loss away at SSC Napoli in the opening clash of their European campaign, as goals from Dries Mertens and Fernando Llorente ensured Jurgen Klopp’s side got the defence of their title off to a stuttering start.

In doing so, ​Liverpool became the first side since AC Milan in 1994 to lose their first ​Champions League match the season after lifting the crown. The jubilation among the ​Napoli players highlighted the nature of the Serie A sides achievement, although they repeated the same feat last season in their previous group game clash.

Difficult night last night and disappointing result but we must put it behind us and now it’s about how we react. It’s time to stand up, be positive and focus on putting in a big performance against Chelsea. Thanks to all of the travelling reds who came out to support us #LFC  pic.twitter.com/g5maoufVjX

With the tag of Europe’s best side, pressure has naturally has followed, although Van Dijk explained the increased level of expectation is something the club should be welcoming.

“Everyone wants to beat us, no matter what competition,” the Dutchman said, via the ​Daily Mail.

“That’s something we have to deal with, but that’s not going to be a problem — we have to enjoy it as well. 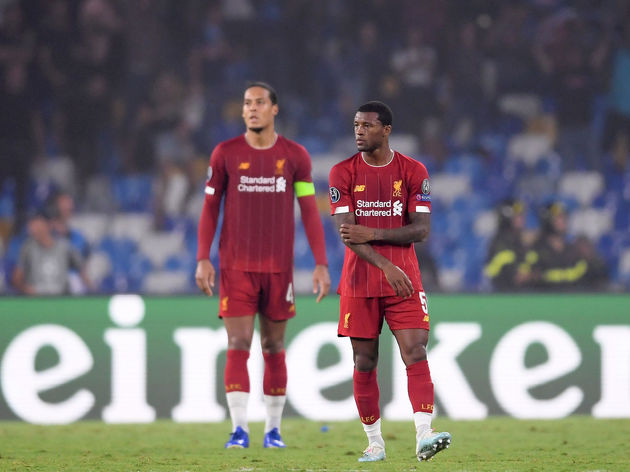 “I thought it was going to be a draw. The penalty changed it all and you’re going home with no points, but it shouldn’t be a wake-up call,” he added.