​​Southampton are set to welcome ​Bournemouth on Friday in the first clash of the week’s Premier League action.

The St Mary’s side have had an average start to the season and find themselves tenth in the table. After losing their first two games of the season, Southampton have managed to win two of their last three league matches. Bournemouth have had a similar start. The Cherries’ results have fluctuated but come into this having beaten Everton 3-1 in their previous outing.

Nathan Redmond, who has been a key player for Southampton over the last couple of seasons, will be assessed before Friday’s game, with ​Ralph Hasenhuttl still yet to decide on whether he will use the winger. However, midfielder Lewis Cook made his return from injury in the 3-1 win over Everton and could feature again, albeit not from the start, so impressive was his performance. 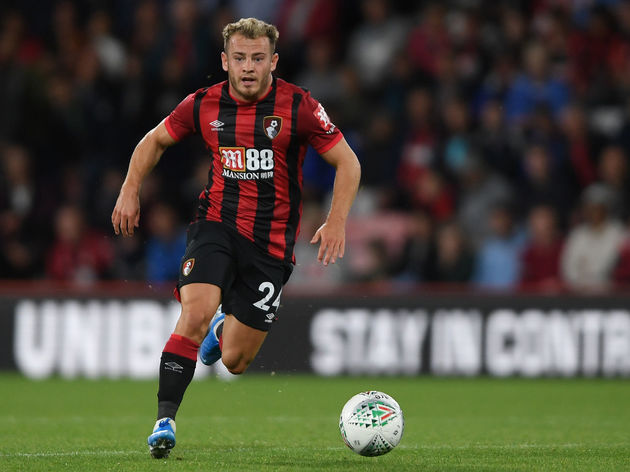 ranks. Scottish winger Ryan Fraser has had a disappointing start to the season but came off the bench to score during the Everton victory, and could be rewarded with a spot in the starting XI.

The two sides have faced each other 29 times, with Southampton winning on 13 occasions in comparison to Bournemouth’s seven.

Southampton have never lost a home match against the Cherries, which will delight Saints fans coming into this one. Saints’ form has picked in the last few matches, claiming an impressive 2-0 victory at ​Brighton and a 1-1 home draw against Manchester United, a result they had to protect for the final 20 minutes after Kevin Danso was sent off. A gritty 1-0 victory at Sheffield United followed, so Southampton ought to be feeling confident ahead of Friday night’s clash.

Bournemouth suffered 3-1 defeats at home to champions ​Manchester City and away to ​Leicester before turning things around with an impressive 3-1 win of their own against Everton to end their rudderless run.

Here’s how each team has performed in their last five fixtures.

Southampton have improved in the last few matches but haven’t exactly set the world alight either. Their wins have been by narrow margins and sometimes required a bit of luck.

On the other hand, Eddie Howe’s side are as unpredictable as ever. They are capable of beating any league opponent on their day, but these days do seem to come randomly. Their recent away form and the head to head record between the sides does suggest that the Cherries should drop points in this match. However, during their clash with Everton they did show the ability to grind out a result.

Furthermore, Wilson seems to finally hit hot form again, having scored three goals in the last two matches, which could prove vital in putting away decisive chances. The England forward is a match winner and has enough quality to turn the clash in Bournemouth’s favour.