The Spanish goalkeeper ended months of speculation by putting pen to paper on fresh terms at Old Trafford – news that came as welcome boost to Red Devils fans – before the Swedish centre half followed suit by signing a deal until 2024.

Despite failing to secure key targets during the summer – ​United only brought in Harry Maguire, Aaron Wan-Bissaka and Daniel James – months of negotiations have continued behind the scenes at the club. The ​Evening Standard report that the aforementioned trio are next in line for new deals with the ​Premier League side.

Lingard has struggled for form over the past few seasons, but it appears that hasn’t worried Ole Gunnar Solskjaer, who sees his future at Old Trafford despite his struggles in front of goal. He currently sits near the halfway point of a four-year deal.

For 17-year-old Greenwood, his rapid rise through the youth ranks looks set to be rewarded with a lucrative new deal that will seek to fend off potential suitors from across Europe. It is added that the duo are expected to come to an agreement with the club without any issues. 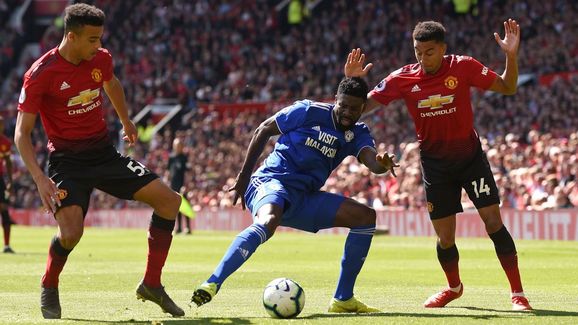 That leaves ​Pogba. While United would be overjoyed to retain the services of the World Cup winner, the report states ‘concerns remain’ over whether this will come to fruition, as the Frenchman publicly talked up a new challenge over the summer with ​Real Madrid pushing to sign the midfielder.

Ideally, the club are looking to avoid a similar situation for the coming summer by securing his long-term future. However, with just under two years left on his present deal – albeit with an optional third in the contract – there is no immediate rush on United’s part.

Yet the Standard add that, somewhat obviously, that it would be an unfortunate scenario to have the player entering the final year of his deal and running the risk of him becoming a free agent.

Pogba’s head has been turned by Madrid’s summer pursuit, but United hope to convince the player to commit his future – like De Gea has – and form part of a more experienced leadership group to bring young players on. It has previously been suggested Pogba could even become the club’s long-term captain.