​Crystal Palace and Wolves come head to head this weekend, on the back of both teams receiving thrashings from Tottenham and Chelsea respectively in their last Premier League outings.

Palace were thumped 4-0 at the Tottenham Hotspur Stadium, and Roy Hodgson will hope what occurred in the first half of that defeat was nothing more than a blip. Wolves, on the other hand, have been struggling all season in the Premier League. But a 5-2 loss at home to Chelsea would have been deeply distressing for Nuno Santo, and regardless of whether or not the added pressure of the Europa League is causing problems to his squad, he needs to find the answers – and fast.

Here is 90min’s preview of the ​game.

Martin Kelly and Connor Wickham are still ruled out for Palace, while Scott Dann and James Tomkins may be brought back into the squad following injury.

James McArthur was sorely missed by the Eagles last week and, if he’s deemed fit, is likely to come back into the side. Palace have played Wolves 65 times, with the Wanderers leading the head to head with 26 wins to the Eagles’ 21.

However, Nuno’s men have picked up just one win in their last six against Palace, with that 1-0 victory coming at Selhurst Park last season. The last meeting between the two ended with an impressive 2-0 Palace victory at Molineux, with Jordan Ayew and Luka Milivojevic both scoring in the last ten minutes of the game.

Prior to the loss at Spurs, ​Palace were having a decent start to the season, sitting fourth in the league with a win at Old Trafford to their name.

Wolves have struggled in the league, with three draws and two losses in five games. They are also the only side left who have not led for a single minute this season. ​They will be desperate for something to change. 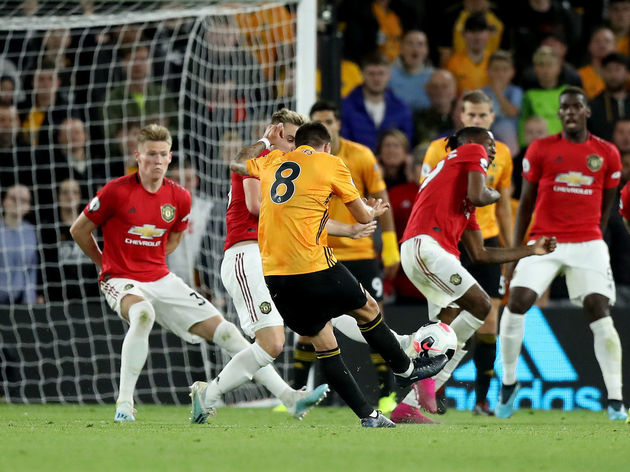 ​Here’s how the teams have performed in their last five games.

This is a very tricky game for both sides, but home advantage could prove pivotal for Palace.

With Wolves also playing in the Europa League three days before, it is likely that the squad will be fatigued and the side will almost certainly be rotated in some capacity. Juggling domestic and European commitments has proven to be Wolves’ downfall this season, and Hodgson will know that he can make the most of it.

As a result, the Eagles will feel confident in compounding Wolves’ early season misery.