​Chelsea have been handed a major injury boost ahead of their Premier League clash with table-toppers Liverpool, with Mason Mount looking likely to be fit for Sunday’s fixture.

The midfielder went down under a heavy challenge from Francis Coquelin in the club’s Champions League defeat to Valencia, a game in which Ross Barkley missed a late penalty that would’ve seen his side draw level after Rodrigo had given the visitors the lead.

Having been forced to leave the field after just a quarter of an hour, fears were mounting that the Englishman suffered ligament damage, which could have forced him to undergo a spell on the sidelines. Those ​fears were allayed, however, with a scan on Wednesday revealing the severity of the injury was not as bad as first thought.

While good news in itself, there were still concerns over whether the 20-year-old would play any part in their clash with ​Liverpool. However, as the ​Express revealed Mount is undergoing an intensive injury treatment in order to be ready to go for the Stamford Bridge encounter.

It’s reported that he is hellbent on returning for the match against the ​Premier League leaders, which would come as a huge boost to Frank Lampard as he gets set to take charge for his second top-flight match against one of the ‘top six’. 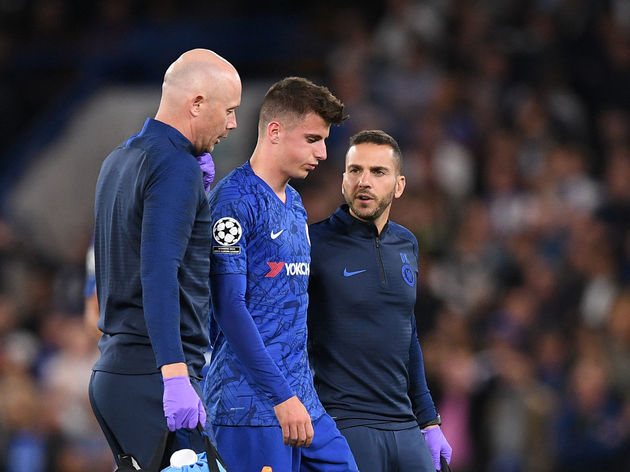 The former Derby loanee has been in inspired form for the ​Blues this season, netting three goals already for the club after being handed a regular berth in the starting XI by his manager.

That form saw him earn his first call-up to the England national team by Gareth Southgate, making