​After last season’s enthralling round of 16 encounters, saying that ‘Juventus vs Atletico Madrid will 100% definitely be the best game of matchday one’, was, well, pretty fair enough.

So thankfully – dire first half aside – the game didn’t disappoint.

The most ‘must-watch’ game of matchday one was (shock horror) must-watch. 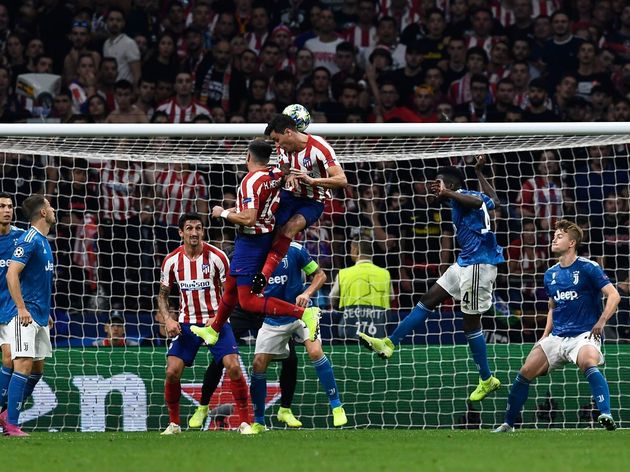 It was a game that had everything. Wonder goals, comebacks, a Diego Costa booking for dissent. Everything.

And here’s 90min’s breakdown of it. Pretty obvious one: the comeback.

It was the sort of never-say-die performance that we’ve come to expect from Diego Simeone and the teams he has managed over the years, but it was perhaps even more impressive than usual. As, after a fairly busy summer in which Los Rojiblancos bought and sold (roughly) a billion players – five of which featured tonight – these sorts of performances weren’t yet expected. Rather, a feeling-out period between the basically complete new squad and their incredibly angry manager was expected.

That’s not what we got.

Instead, we were treated to a vintage Atletico Madrid performance, put on by a group of new players that have instantaneously understood what Simeone wants from them.

Even Kieran Trippier, a serious candidate for ‘most detrimentally terrible footballer of the 2018/19 season’ (along with Shokdran Mustafi – who won the award), has worked it out. He learned how to defend. Who thought that was possible? Another pretty obvious one: Joao Felix.

It’s hard to put into words just how good this kid is, but I’m going to give it a go.

Are you ready for some hyperbole?

Joao Felix is the chosen one. Sent by God himself to fulfil prophecies, stop humans from destroying the world, save the pandas, cure every incurable disease, single-handedly save rock and roll, oh, and become the greatest footballer ever. Like their tactical approach, their best XI, the Paulo Dybala situation etc. Juventus’ key talking point is rather murky and indefinable.

Will people talk about Juan Cuadrado’s goal? An incredible counter-attacking goal which harked back to the halycon Jupp Heynckes days at Bayern, or the incredible Real Madrid team of 2017.

Will people talk about Danilo’s injury? An injury which leaves Juventus without an actual right back.

Will people talk about the late game collapse? Dropping two points despite leading the game with 20 minutes to go is very un-Juve.

It’ll probably be the collapse which grabs the headlines, as there is the most meat on those bones. The fact that Juventus nine of the last 12 UCL goals Juventus have conceded were from set-pieces. The fact that it’s hard to trust Juve’s backline without the injured Giorgio Chiellini. The fact that the midfield offers basically nothing ever.

See: meat on those bones.

Expect that meat to fill the Italian newspapers for the next few days. Alex Sandro was probably Juventus’ star man, as he roamed forward with authority and conviction; particularly during the second half when he assisted Juve’s second goal of the game.

Aside from Sandro, Leonardo Bonucci had his moments, and Juan Cuadrado had a single moment (useless throughout the rest of the game mind you), but the rest of the team were rather, well, meh…except for the midfield three, who might as well have not bothered travelling to Madrid at all.

This coming weekend Atletico Madrid welcome Celta Vigo to the Wanda Metropolitano, while Juventus face off against Hellas Verona.