​Real Madrid will look to continue their revival on Saturday as they welcome Real Valladolid to the Santiago Bernabeu.

After a truly dreadful 2018/19 campaign, Los Blancos broke the bank to bring some wondrous talent to the club ahead of the 2019/20 campaign. Eden Hazard and Luka Jovic were their two marquee signings of the summer, though the pair account for only half of the £300m spent by the club over the off-season. 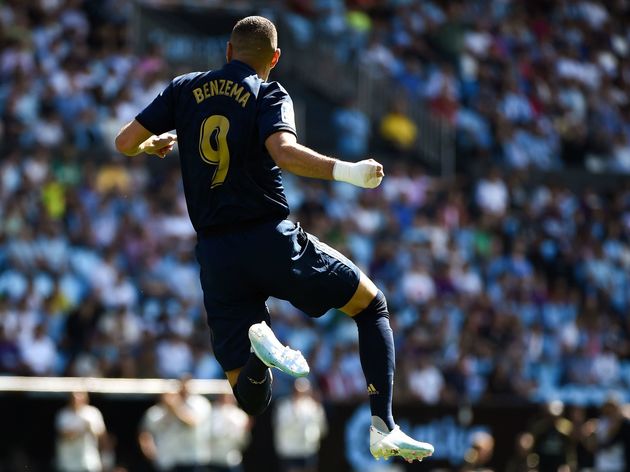 The new arrivals have certainly helped to lift the gloom in the Spanish capital, with ​Madrid defeating Celta Vigo 3-1 in their first ​La Liga match of the season on Saturday. However, Zinedine Zidane and his men have plenty left to do to win over their demanding fan-base.

They can restore some more pride with victory over Valladolid, who were 2-1 winners away to Real Betis on opening day. Check out 90min’s preview of the clash below.

Two of Madrid’s mega-money purchases over the summer – Hazard and Rodrygo – are sidelined for the clash with Valladolid. Both men are struggling with a strained hamstring, though the latter is expected to return in early September, whilst the ex-​Chelsea winger’s recovery could take a further fortnight.

Zidane is also deprived of forward Marco Asensio and Brahim Diaz, meaning Gareth Bale is likely to keep his place in the starting lineup, despite having looked destined to depart in recent months. Asensio will be unavailable until deep into the new year due to a cruciate ligament rupture, with his counterpart’s absence merely a precaution as he recovers from a hip issue.

The hosts have just one injury to contend with. Defensive midfielder Luismi is currently receiving treatment for an ankle problem that has plagues him for much of 2019.

Though they lost Casemiro to a late dismissal, Los Blancos cruised to a 4-1 victory in their last encounter with Saturday’s opposition. Anuar Tuhami had tapped Valladolid into the lead on the half-hour, but the 13-time European champions soon took a stranglehold on the match.

Raphael Varane was the beneficiary of mayhem in the area five minutes after Tuhami’s opener, the Frenchman stroking home after Valladolid’s failure to clear the danger.

A quick-fire Karim Benzema double took the game beyond the

Though they claimed the points in their curtain-raiser away to Celta, Zidane’s side have hardly sparkled in their preparations for the new campaign.

A preposterous performance against neighbours ​Atletico Madrid saw their rivals earn a thrilling 7-3 victory in July, a match which exposed some serious weaknesses in the Real lineup. Defeats to Roma and ​Tottenham Hotspur have done little to encourage supporters, though there is evidently a strong attacking threat in the Los Blancos squad. The much-maligned Benzema is brimming with confidence and will surely benefit from the presence of talents like Hazard around him.

Having flirted with relegation last term, Valladolid produced a solid showing to overcome Betis in Seville on Sunday. That will give them heart as they enter the cauldron that is the Bernabeu, but Madrid are a whole other animal.

Here’s a look at the last five results for either side:

The away side may occupy fourth position in the table at present, but this game has a Los Blancos victory written all over it. They rarely have to break a sweat to beat Valladolid and will be eager to put on a show in their first home fixture of the 2019/20 season.