​David Silva is set to make his 400th appearance for Manchester City in Sunday’s trip to Bournemouth, and what a career it has been for the Spaniard.

On 14 July 2010, the Citizens completed a £24m deal to sign a 24-year-old Silva from Valencia, and he waltzed straight into the team, bringing his creativity and undying passion to the side almost immediately.

He has managed 71 goals and 130 assists in his 399 outings and, should be make one more appearance, ​Opta note that ​Silva will become just the 14th player in ​City history to reach 400 games.

It has not been done since Paul Power in the 1980s, which is an indication of just how difficult making so many appearances for the Citizens has proven to be in recent years.

What’s most impressive about Silva’s statistics is that 361 of his appearances have come as starts. He has been so important under each and every manager, and has always managed to play his way into contention. Ahead of Pep Guardiola’s arrival at the Etihad Stadium, there were doubts over Silva’s future at the club. How could he cope with such a high-tempo system? Well, as it turned out, with relative ease.

During his City career, Silva has only hit double figures in both goals and assists on three occasions, but two of those seasons came under Guardiola.

He may have been a vital part of the side recently but, statistically, his best seasons all came earlier on in his career. During City’s ​Premier League title winning season in 2011/12, Silva racked up 19 assists, and his 3880 minutes that year is also his highest tally since joining the Citizens. 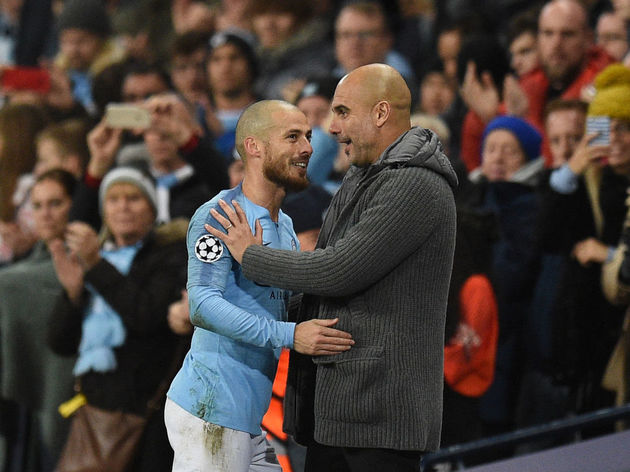 Assisting goals is certainly his speciality. Ever since he joined, his tally of 83 assists in the Premier League is well ahead of the rest, with ​Christian Eriksen’s 60 second on the list.

He has also created an enormous 745 chances in the league in that time, and no other player comes anywhere close. Former ​Chelsea man ​Eden Hazard is second with 595, but his number pales in comparison to Silva’s.

Unsurprisingly, with a player like Silva in their ranks, City have been a dominant force over the last nine years. With four Premier League titles under his belt, Silva has certainly left his mark on English football, and there might even be time to add another before his City career comes to a close.