The father of Dinamo Zagreb midfielder Dani Olmo has confirmed his son wants to leave the Croatian club, revealing talks have been held with Milan and another big Italian club.

​The Spain Under-21 international has been with the Prva HNL champions since August 2014 and has enjoyed considerable success in that time, being named the best player in Croatia’s top flight in 2018 and helping Zagreb to four league titles. 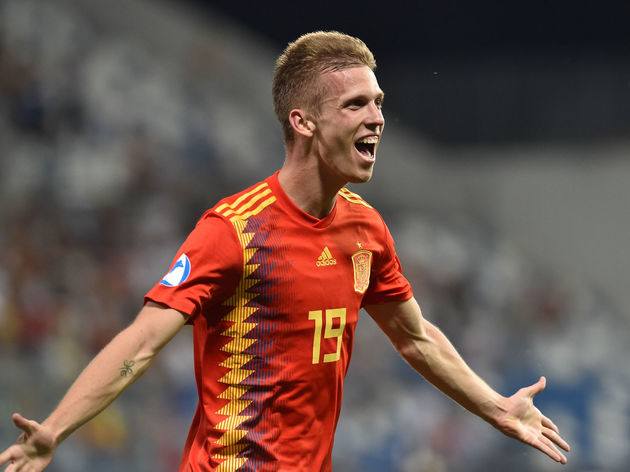 In an interview with ​Calciomercato, Olmo’s father revealed Milan had expressed an interest in his son and also said Dinamo understand the 21-year-old’s desire to leave.

He said: “Right now I don’t know, Dani has a contract with Dinamo. The club knows our will to leave, we believe it’s the right time. Not only for Dani’s goals but also for Dinamo itself: they can make a good and interesting economic operation.

“Dani must have the chance to go to a world class championship. There are many clubs that are interested but I can’t name or list them out of respect.” Regarding the reported interest from ​Serie A, he added: “We had two meetings in Italy, one with ​Milan and one with another big club. To reach an agreement, we need to find an agreement with Dinamo Zagreb.”

Olmo scored 12 goals in 48 appearances in all competitions last season in a starring role for Dinamo as they won the league for the second successive campaign. He was also one of Spain’s best players as they won the 2019 Under-21 European Championship, assisting one goal and scoring three, including one in the final where he was named man of the match.