Last week was a catastrophic week for Neil Lennon’s side, as they crashed out of the Champions League in the third qualifying round to CFR Cluj. It was an embarrassment of a performance as the Bhoys failed to navigate themselves through the Champions League qualifiers for the second year in a row. Consequently, the Europa League will have to do, and progression against AIK is therefore essential if Lennon’s side are to feature in Europe this season.

Check out 90min’s preview of the first leg below.

Celtic have a strong squad to pick from going into Thursday’s Europa League clash with James Forrest and Scott Brown expected to return to Neil Lennon’s side. However, goalkeeper Scott Bain looks set to miss out again due to a hand injury he sustained in last week’s Champions League defeat against CFR Cluj. Winger Scott Sinclair has been ostracised by Lennon so far this term, having played just a mere 56 minutes in total. Sinclair though, will be hoping he will be recalled from the cold against AIK, be it on the substitutes bench or from the start.

Opponents AIK will be without Norwegian striker Tarik Elyounoussi through suspension and long term absentee Jesper Nyholm, as the centre-back recovers from a fractured tibia.

Apart from this, AIK have a fully fit squad at their disposal for the trip to Scotland, including former ​Premier League player Sebastian Larsson.

Thursday’s clash will be the first meeting between Celtic and AIK in history. Neil Lennon’s side will be hoping to maintain the strong record they have against Scandinavian opponents on Thursday, whilst trying to banish the memories of last week’s defeat to CFR Cluj.

Whilst Celtic have started the season strongly domestically, with two wins out of two in the Scottish Premiership and progression to the third round of the Scottish League Cup, last week’s ​defeat to CFR Cluj really hurt everyone associated with the club.

Lennon will be judged on how well he does in Europe, and the humiliating 4-3 defeat at home last week, which meant Celtic went crashing out of Europe’s top tier tournament before the group stages again, has angered supporters.

It is now essential they see off AIK and progress to the Europa League group stages to give the club something to look forward to outside of SPL action. 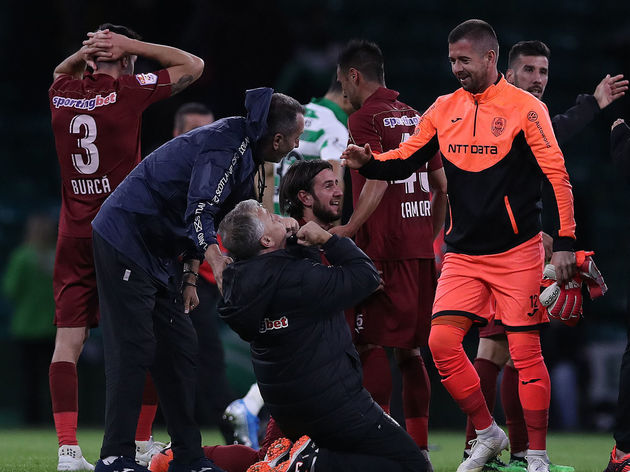 AIK came through a tight tie against FK Sheriff Tiraspol to earn this opportunity, and the club are currently third in Sweden’s top flight. As a result, confidence will be high heading into the game.

Here’s how the two sides have performed in their last five fixtures.

Celtic will be desperate to put in a performance and take a lead with them for when they travel to Sweden next week. With the pressure on after the disaster of last week’s Champions League qualifier, the tension inside Celtic Park will be high.

However, Celtic should possess far too much quality for AIK and if they can score an early goal, it could be pretty comfortable. Lennon’s side should win well, but as we know, anything can happen when Celtic take to the European stage.