​Lucien Favre takes his Borussia Dortmund side to Borussia-Park on Saturday afternoon as they look to claim all three points and secure a first Bundesliga title in seven years against the odds.

However, it is out of Dortmund’s hands as they require Eintracht Frankfurt to pull off an unlikely victory away to Bayern to stand any chance. Favre’s team will need to hold up their side of the bargain just in case the extraordinary does happen. 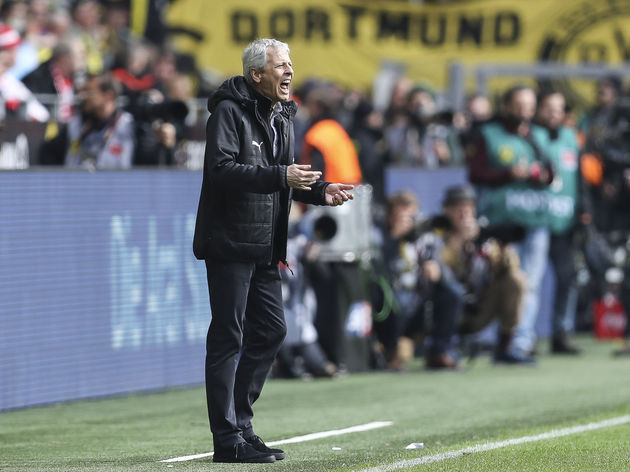 Looking to stop them is Borussia Monchengladbach, who themselves are chasing a place in next season’s Champions League. Matching or bettering the scoreline of both Bayer Leverkusen and Frankfurt will be enough to secure them fourth spot in the table.

Favre may have a couple of extra names to choose from this weekend, as players return from injury and suspension, but he may be tempted to keep the faith with those who played in Dortmund’s 3-2 win at home to Fortuna Dusseldorf.

Let’s take a look at how ​Dortmund could line up. ​Marwin Hitz (GK) – Having played just one game all season, Hitz was called into action last weekend following injury to Roman Burki. Both the Swiss stopper’s appearances this year have ended 3-2 to ​Dortmund and they will certainly settle for another of those this weekend.

Lukasz Piszczek (RB) – The Polish full back has spent much of the campaign in the treatment room, but Marius Wolf’s recent red card has meant the right back’s services have recently been called upon. Having performed well since returning to the team, the Pole can expect to fill the right side of the defence once again.

Julian Weigl (CB) – Since the injury to Dan-Axel Zagadou, Weigl has come into the side and formed a solid relationship with Manuel Akanji. The German will line up with his centre back partner once again at Borussia-Park.

Manuel Akanji (CB) – The Swiss centre back has been one of several young players to come of age this season. Playing the majority of Dortmund’s games, Akanji can expect to start once more against Monchengladbach.

Raphael Guerreiro (LB) – Despite occupying the left wing role more often this season, the versatile Portuguese man has reverted to left back in recent weeks following the injury to Abdou Diallo. 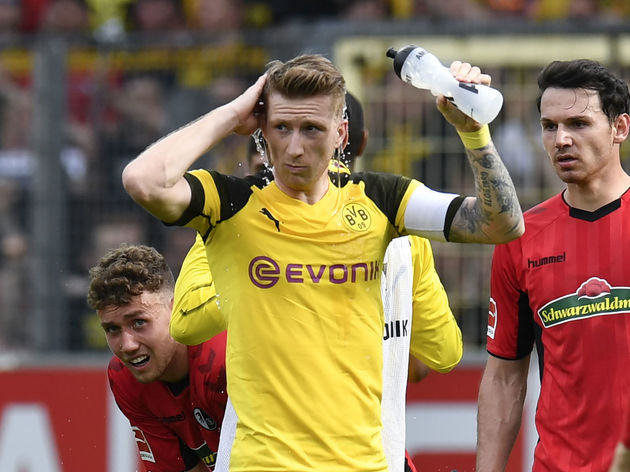 ​Axel Witsel (CM) – The Belgian has featured in all but one game this season, being an integral part of this title-chasing Dortmund outfit, and he will feature again against Monchengladbach.

Thomas Delaney (CM) – Having bagged a key goal in Dortmund’s last game at home to Dusseldorf, Delaney is sure to start again. His partnership with Witsel has been a big reason for their success in this campaign.

Marco Reus (CAM) – The Dortmund talisman and captain has missed the previous two fixtures through suspension. Despite winning the last game, ​Reus is a crucial part of this team and Favre is likely to recall him immediately. ​Christian Pulisic (RW) – The ​Chelsea-bound midfielder has spent much of this season playing second fiddle to Jadon Sancho. However, Favre decided to mix things up in the last game and it worked. The US international picked up a goal in their victory and has likely done enough to keep his place in the team.

Paco Alcacer (ST) – Not a consistent starter for Dortmund this season, but the Spaniard’s goals per minute ratio is up there with the best. Acting as the focal point of his team’s attacks, he can expect to line up once again for the game at Borussia-Park.

Mario Gotze (LW) – The German has filled in for ​Reus in the number ten role in the last two games, but may be farmed out wide to accommodate his teammate’s return from suspension.