​Burnley forward Jonathan Walters has confirmed his retirement from football after failing to recover from an Achilles injury which has sidelined him since September 2018.

Whilst on loan with Ipswich Town, the 35-year-old suffered the injury in just his third appearance for the Tractor Boys, and returned to Burnley for treatment. However, he has now confirmed that the injury has forced him into retirement.

I am now retired from playing football

“I am now retired from playing football. 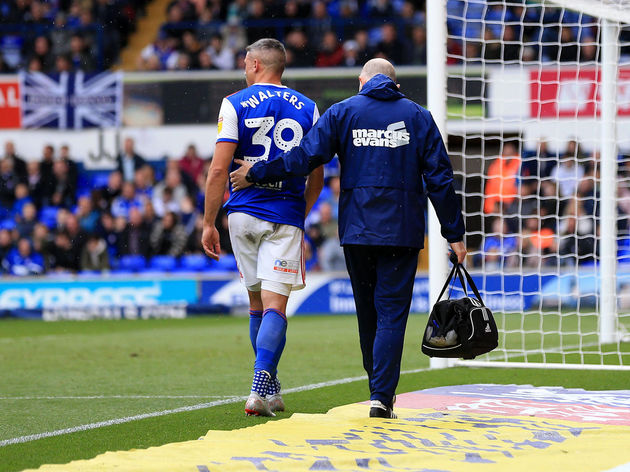 The Republic of Ireland international has now brought an end to his 18-year professional career which began as part of ​Blackburn Rovers’ academy. He then turned out for the likes of ​Hull City, Wrexham and ​Ipswich, before earning a move to the ​Premier League with ​Stoke City in 2010.

He spent seven years with the Potters, racking up 62 goals in 271 appearances. Walters’ finest form came during the 2014/15 Premier League season, in which he managed eight goals and four assists. However, he lost his place in the starting lineup as Stoke began recruiting the likes of ​Marko Arnautovic and Xherdan Shaqiri, and Walters was ultimately sold to ​Burnley in 2017 for £3m.

A knee injury sidelined Walters for the majority of his debut season with the Clarets, restricting him to just six appearances for the club before Sean Dyche opted to allow Walters to leave and return to Ipswich on loan, but he managed just three matches before suffering the Achilles injury which has brought his career to a close.