​Liverpool forward Divock Origi has said he is prepared to put his personal ambitions aside for the good of the team, as he gets set to play a part in what should be a thrilling conclusion to the season.

The Reds sit two points clear at the top of the Premier League, having played a game more than second-placed Manchester City, and have a Champions League quarter-final with Porto to look forward to, as they bid to win a first major trophy since 2012.

And Origi – whose positive attitude has earned his way back into Jurgen Klopp’s thoughts as of late, having been frozen out completely earlier in the season, has said that the team’s success takes precedence over his own ambitions of regular game-time. “It is a squad game and, like I have always said, I try to shine my light whenever I get my opportunity,” he told the club’s ​official website.

Of course I am ambitious and I want to play as much as possible but the most important thing is our team and the team goals.” With the 23-year-old’s contract up at the end of the season, he was expected to simply be a passenger to the ​Reds’ successes, after a couple of widely reported moves away fell through in the summer.

Instead, though, he has featured in some capacity in eight of their last nine matches in all competitions, most recently adapting to a new role on the left wing, where he featured for 20 minutes in the ​2-1 win over Fulham on Sunday.

It’s a role that Origi says isn’t entirely unfamiliar to him, and one he enjoys playing in.

“I loved that role,” he added. “Even in the youth teams, I used to play up front and on the wing so I’m comfortable in both positions. 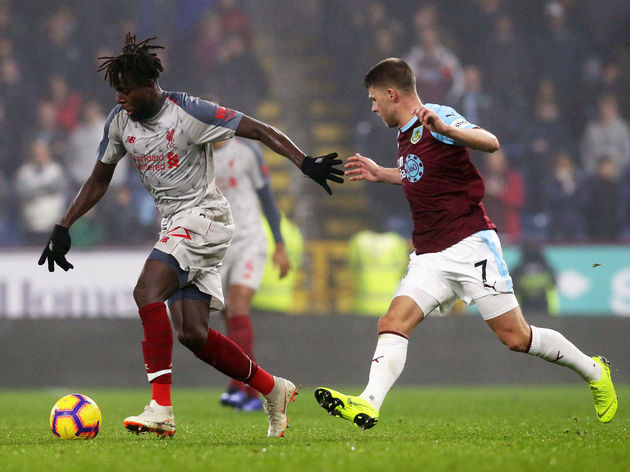 “People have maybe seen me more up front in the last couple of years but I totally love it on the wing as well.”