SL Benfica sporting director Rui Costa has conceded the club cannot stand in the way of Joao Felix’s eventual departure to a major European club, lending weight to the reports linking him with a move to Manchester City, Manchester United and Liverpool among other potential destinations.

The teenage forward has set Portuguese football alight in his debut season in Lisbon, scoring a remarkable ten goals in 18 Liga Primaveira appearances, leading to subsequent links to virtually every big club in Europe with a transfer budget. City have most recently been ​touted as the front-runners, and while efforts have previously been made to ​drastically up his release clause in order to keep him at the club, it does seem inevitable that he’ll be off sooner rather than later – something club legend Costa concedes, as per ​Tutto Mercato.

“He has an extraordinary sense of play and he has a rare ability, he can guess what will happen in front of the goal. He is a modern number 10, a second striker with a remarkable sense of goal, he scored 10 goals in the league. 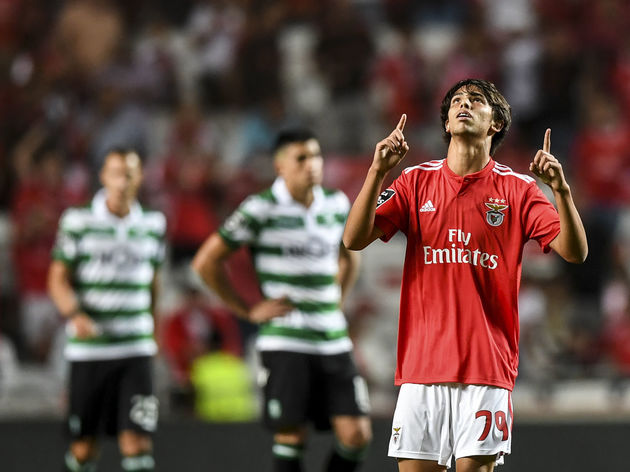 “€120m release clause? We will try to keep him as long as possible, this applies to Felix as it does to all the others.

“This is the club’s policy, then we will see why we are aware that the clauses exist and that certain players cannot be held back indefinitely in Portugal.”

Another player touted for an exit is centre-back Ruben Dias, who has been equally impressive, and has been mentioned as one of many potential solutions to ​United’s defensive issues. “If he will go away I don’t know,” Costa said on the 21-year-old. “We would like to keep him still and Ruben knows that here he would have a lot of attention. The club needs to sell to make cash. We will see how the summer market will develop.”