Let’s start off by addressing the elephant in the room. Tottenham do not sign players.

Whether it be the heavy financial burden of a new stadium, a genuine satisfaction with the current squad or just a sheer lack of available and worthwhile options, Spurs have failed to add to their squad for the last two transfer windows. However, that being said, it appears unlikely that the club are about to make it a hat-trick this summer.

Whilst any potential signings could be dependent on the club achieving large transfer fees for outgoing players, with several players also linked heavily with moves away from the club, it could prove to be a very eventful summer at the Tottenham Hotspur Stadium. ​Despite a plethora of options, there could still be movement in this area, with Trippier’s post World Cup form a concern, with the quality of his performances having nose-dived since the moment his free-kick hit Danijel Subasic’s top corner against Croatia in July.

Serge Aurier is still yet to fully earn the trust of the Tottenham manager since joining the club from Paris Saint Germain in August 2017, only appearing when Trippier is unavailable or during cup matches. Kyle Walker-Peters is a promising option with bags of potential ability, but whether he will be able to step up to a more prominent role as soon as next season remains unknown.

At left back, ​Danny Rose seems unable to play two consecutive games in a row, and whilst ​Ben Davies has proven himself to be a reliable option when Rose is unavailable for selection, Tottenham may look for someone who could add more quality in the final third as well as just being defensively capable. Crystal Palace’s breakout star Aaron Wan Bissaka could give Tottenham a more direct and pacey option on the right hand side, but Crystal Palace are highly unlikely to want to sell one of their prize assets.

Likewise Ben Chilwell has had a successful campaign for ​Leicester City. His delivery and ability to successfully bring the ball forward may see the club look at him as an upgrade to their current options. However, his proposed transfer fee may be a sticking point. The oddly timed January sale of long-serving and hugely talented Belgian midfielder Mousa Dembele left Spurs relatively strapped of options in the centre of the park.

The club therefore had to resort to calling up 18-year-old academy graduate Oliver Skipp to the first team, alongside Harry Winks, who has become a mainstay within the centre of the club’s midfield this season, and Moussa Sissoko, who has looked like a player who has reinvented his game under Mauricio Pochettino.

With Victor Wanyama and ​Eric Dier struggling for fitness and missing large portions of the season, the club must be looking at adding to their options for 2019/20. Lyon’s Tanguy Ndombele heads a lengthy list of potential midfield summer targets, but Spurs could face a mass of competition in the search for Frenchman’s signature. Porto’s Hector Herrera, Boca’s Wilmar Barrios, Valencia’s Carlos Soler and on-loan Everton midfielder Andre Gomesform a list of achievable alternatives for Pochettino, should the club be priced out of a move for the Lyon man.

Adrien Rabiot was heavily linked with Spurs in January, with his contract at PSG set to expire in the summer. Whether Rabiot would be attracted by a move to the club however, is questionable. 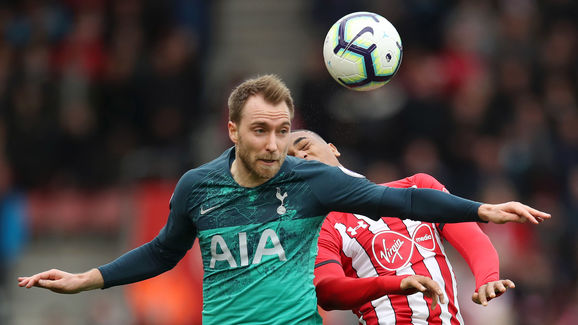 Regardless of whether the club can manage to keep hold of Danish playmaker Christian Eriksen, amid interest from Real Madrid and Juventus, Tottenham could use an extra creative outlet.

The club were also actively seeking other options in that area during the last two transfer windows, with Spurs’ approaches constantly being rebuffed. The Lilywhites are highly likely to revisit previous targets in the summer, with the view to a deal being struck out this time around.

Hugely-rated Marcus Edwards is currently on loan at Dutch side Excelsior Rotterdam, with the 20-year-old making 18 appearances, scoring two goals and grabbing two assists. Whether Edwards would finally be able to step up and fulfil his promise remains to be seen. 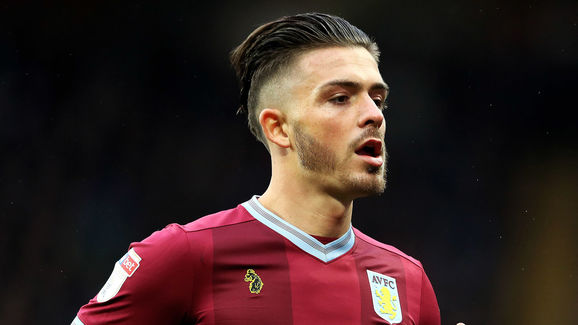 A tug of war between Spurs and Aston Villa over Jack Grealish looks set to resume this summer, while Hull City attacker Jarrod Bowen has also been subject to interest from Spurs following some tremendous displays in the Championship this season.

Real Madrid forgotten man ​Isco may look to leave the Bernabeu this summer. However, the Spaniard may only become an option for the club if Christian Eriksen moves in the opposite direction. Tottenham’s search for a credible understudy for star man Harry Kane looks as though it could continue this summer, as the club were heavily dependent on the goals of Son Heung min during the Englishman’s spell on the sidelines this season.

Fernando Llorente is an effective options for late aerial barrages on goal. However, the Spaniard is not the type of player that Spurs need to replace Kane if the striker suffers an injury. It also seems that Vincent Janssen’s Tottenham career is over, with the Dutchman failing to appear for Spurs’ first team at all this season.

Llorente could also be attracted back to Spain, with a potential link-up with former club Athletic Bilbao potentially in the offing, leaving a space open for a new recruit.

Kazaiah Sterling has made a few appearances on the club’s bench following Kane’s injury, but it is unclear how Sterling would fair in the first team from next season, with the 20-year-old spending the tail end of this season on loan at League One Sunderland. The dreams of many a Tottenham fan would be to see ​Gareth Bale make a stunning return to the club, but a deal for the Welshman does not look a financially viable option for the club. Patrick Cutrone, ​Marko Arnautovic and Malcom have also been linked with the club at numerous points this season. However, it is clear that each of these options would cost well north of £30m.