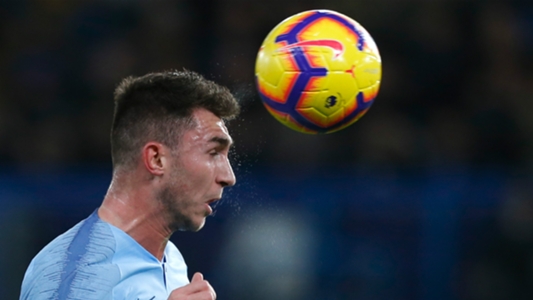 Manchester City’s 2-0 defeat at Chelsea conjured up unfamiliar emotions for Aymeric Laporte, with the Frenchman coming unstuck in a Premier League fixture for the first time.

The 24-year-old linked up with City during the January transfer window earlier this year.

Pep Guardiola invested £57 million ($73m) in him as he sought to add another important piece to a defensive jigsaw .

Laporte helped the Blues to wrap up a record-breaking title triumph in 2017-18 without suffering a reversal along the way.

He then contributed to City enjoying a 15-game unbeaten opening to the current campaign.

A rare setback was, however, to be suffered at Stamford Bridge , with Laporte seeing a 24-game sequence come to an end.

With the Blues having suffered a first loss of the season, they have been nudged down to second spot in the Premier League table.

Liverpool stretched their own unbeaten run on Saturday with a 4-0 demolition of Bournemouth.

Guardiola had been hoping to see his side follow that lead during a testing trip to west London.

Chelsea have been a thorn in his side before, though, and he was once again unable to mastermind their demise.

3 – Pep Guardiola has now lost three league games against Chelsea as a manager; more often than against any other opponent. Blue. #CHEMCI pic.twitter.com/ibBgwMvD9y

Maurizio Sarri is revelling in a first success against the former Barcelona and Bayern Munich coach, but his side have now inflicted three defeats on the Catalan.

The most recent of those has Chelsea sat third in the standings – seven points back on City and eight adrift of the leaders.

They will be hoping to close those gaps over the coming weeks, while Laporte will be looking to open a fresh unbeaten run when the reigning champions play host to Everton next weekend.