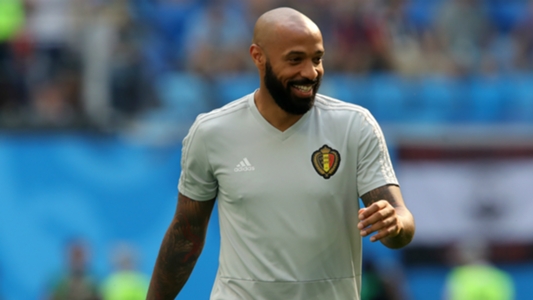 Belgium boss Roberto Martinez insists his assistant Thierry Henry is ready to become a head coach amid mounting speculation the former France star is to take over at Monaco.

Leonardo Jardim’s position at the Ligue 1 club is under threat following Monaco’s poor start to the campaign that has seen the team take just six points from nine games, leaving them 18th.

Arsenal great Henry – who started his professional career at Monaco – is favourite to take the reins, having previously been linked with the now-filled Aston Villa post.

And Martinez is backing Henry to become the main man, wherever that may be.

Speaking to L’Equipe, Martinez said: “Thierry is ready to be head coach in a club.

“He likes what he does and enjoying it is an essential part of this job.”

Martinez did have a word of warning, though, telling Henry to make sure he chooses the right opportunity for his first head coach role.

“You need to start in the right place, secured, where you will not be alone and free to work,” he added.

“There must be no misunderstanding with the owner, the president. You will probably only have one shot at it. Your first job cannot be a bet.