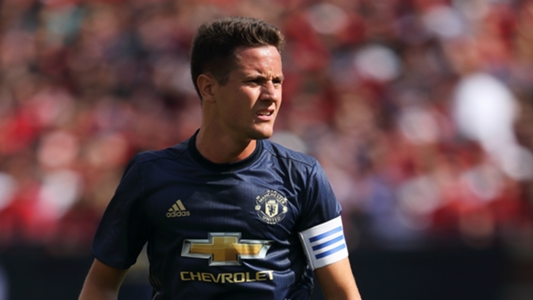 Herrera has been out of action since a 2-0 Premier League win at Burnley on Spetember 2 due to an ankle injury.

But ahead of Tuesday’s Carabao Cup third round tie with Frank Lampard’s Rams, Mourinho says Herrera is available for selection.

“Ander is ready,” Mourinho told MUTV. “Marcos Rojo is the only player that is not available through injury and it’s Marcus Rashford’s last suspension match.

“I’m just thinking about the matches and this one is a cup match and the rules change. After a draw you go straight to a penalty shootout, which obviously is a 50-50 situation.

“So it is a match of 90 minutes, which we have to try and win, and the choice of the players is based on that.”

Diogo Dalot is set to make his first competitive appearance at Old Trafford having shone on his United debut in the Champions League win at Young Boys.

“He has played there but with an empty stadium,” Mourinho added. “He played in the Under-23s, now he plays in the first team.

“Obviously people liked what they saw in the match against Young Boys.