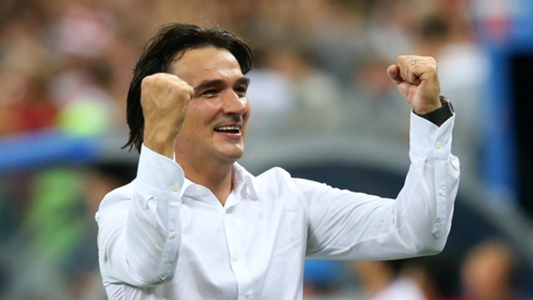 Croatia’s Zlatko Dalic says he is the second best coach in the world and worth more than $5 million (£3.8m) per year.

Dalic led Croatia to the final of the World Cup, where they were beaten 4-2 by France last Sunday.

The coach previously oversaw a successful play-off against Greece to reach Russia 2018 amid a period of turmoil at the Croatian football federation.

With Dalic’s stock now high, he has been linked with national teams including Japan and Egypt, having touted himself for a Premier League job.

But Dalic says a big pay packet will not be his main motivation despite speculation he could be offered a huge sum to leave Croatia.

“Like it or not, I am the second best coach in the world,” Dalic told Croatian outlet Vecernji list.

“And this figure of $5 million per year for the second coach of the world is too small!

“Look, money is important to everyone, but for me, it’s not my motive number one.

“I have two years on my contract left and I can stay with the team for that long, but I said that after the tour of United States [in March] I made the decision to go.

“I cannot stand that people who kicked the ball twice in their lifetime, decide about my destiny on the Croatian bench! I’m independent and unburdened, but I cannot let anyone play with me and have someone try to dismiss me in two months.”

Having gone to extra-time three on three occasions – including penalties twice – in the knockout rounds of the World Cup, Croatia ran out of steam against France in the final.

But their defeat hinged on a controversial moment in the first half when Antoine Griezmann restored Les Bleus’ lead by converting a penalty given for an Ivan Perisic handball following a VAR review.

“I am sad, and I will be sad for the rest of my life,” Dalic added. “It remains a grievance because Croatia are not world champions, and we should have been the winners because of our quality, the quality of our game.

“But, dear God did not want us to win it. We did not lose to a better team, France just had more luck. A grief about this shall never pass.”