UEFA president Aleksander Ceferin has suggested that Liverpool will end up winning the Premier League title, even if the season cannot be fully completed due to the coronavirus outbreak.

Almost all European football – including the Premier League – has been halted ​due to the spread of the virus, leaving governing bodies across Europe uncertain on how, or if, their respective seasons will be completed in full.

As a result, Liverpool fans have been biting their nails since the postponement of the Premier League on 13 March, with the Reds currently unsure whether or not they will win a first league title in 30 years – despite having a 25-point lead atop the table. However, according to Slovenian sports outlet EkipaSN (via ​The Independent), Ceferin has since revealed that he believes the Reds will win a first ​Premier League title, even if the season cannot be played out, or it finishes behind closed doors.

“I can’t see a way ​Liverpool could be left without a title,” said Ceferin. “Theoretically it’s not all over, but practically Liverpool are on the verge of it. If it could not be played, it would still be necessary to announce the results in some way and then the champions should be determined.” 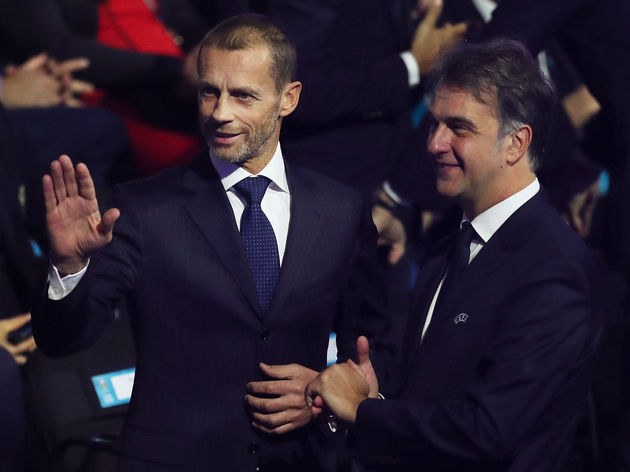 ​would not be guaranteed the title should the season be voided