AC Milan is undoubtedly one of the most illustrious clubs in world history.

In their 121 years existence, the Milanese club have claimed 50 major honours. Not just successful on Italian soil, they have conquered abroad too.

The club has no less than 14 international honours including seven European Cups and four World titles. To reach such heights, the club has needed some top talent over the years. 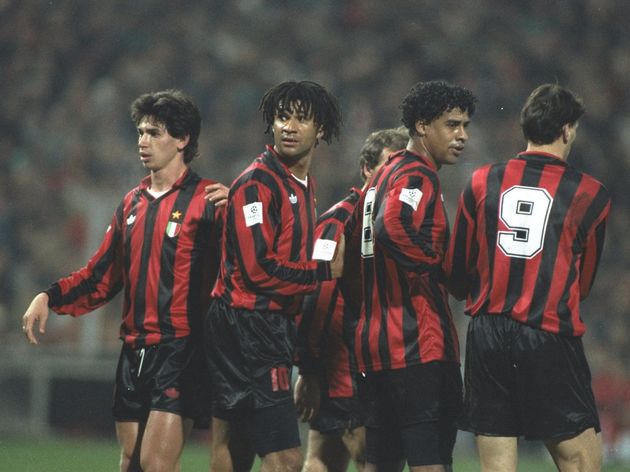 Though in something of a recent rut, Milan is synonymous with quality players, while the club boasted three consecutive winners of the Ballon d’Or in 1987, 1988, and 1989. In fact, in 1988 and 1989, the top three shortlisted players were all Milan stars.

Choosing a starting XI based on the very best to wear each number for the famous black and red stripes is more an embarrassment of riches rather than slim pickings.

A tough decision ​right out the gate, but the serial winner of the 90s, Sebastiano Rossi, gets the gloves. In a competitive group, Rossi knocked away competition from Lorenzo Buffon, cousin of Gianluigi, and Fabio Cudicini, father of Carlo. The goalkeepers’ union keeps it in the family.

Arrigo Sacchi’s Milan changed the face of modern football with a tactical revolution. The concept of a modern fullback was invented and Mauro Tassotti duly filled that role for 17 years.

Tassotti’s tactical awareness and quality on the ball meant that he was often employed in midfield – a Lahm before Lahm if you will.

A winner of five Scudetti and four ​Champions Leagues, Tassotti was an everpresent during the golden 80-90s era. Tassotti made a cool 583 appearances in a Milan shirt, the fourth-highest at the club. 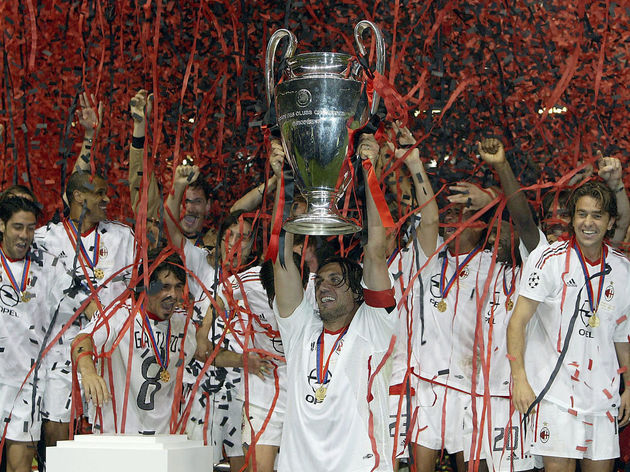 ​Il Capitano needs no introduction. Milan’s iconic number three has only one incumbent.

Paolo is part of a footballing family that have provided three generations of Milan footballers, begging the question, what deal did Cesare make with the devil?

Paolo made his debut at 17 and finished playing regular first-team football at 41. Stamina, technique, heart; just some of the qualities that this once in a generation talent possessed. Following a loan spell at Padova in 1990, Fabio Capello drafted Demetrio Albertini into his starting XI to play as a deep-lying playmaker the following season.

To say the season went well would be an understatement. His first season in the team, the Rossoneri went unbeaten in the league campaign.

Albertini would make over 300 appearances for ​Milan and win 14 major honours.

Albertini was a technically very gifted player that possessed a brilliant range of passing, shooting and adept free-kicks.

Utilising four key players, Sacchi and Capello reimagined the pinnacle of defending during the 80s and 90s. While there were cutting-edge tactical changes and plenty of innovative thinking, it didn’t half help to have Tassotti, Maldini, Franco Baresi and Alessandro Costacurta.

‘Billy’ Costacurta made 663 appearances during 21 years at the club, winning it all.

Alessandro Nesta might also have made claim to this centre-back position as the chiselled star glided around the pitch, rekindling memories of previously sturdy Milan defences. H

Along with Maldini, Baresi sits atop the pantheon of Milan’s greats.

The captain of the greatest club side ever, Franco is the club’s all-time appearance leader with 719 and won 18 honours.

Number six Baresi was the first Milan player to have his shirt retired as the last great libero left an almighty footprint on the club.

A brilliant communicator and organiser, Baresi set the standard for 20 years in Italian football. Not done there, he coached and taught the club’s next great captain, Maldini.

Blitzing the Ukrainian league with back-to-back 30-goal seasons was enough to convince AC Milan management to prize young Sheva from Dynamo Kyiv in 1999.

In Shevchenko’s debut season, the star hit the ground running and won the Passion will always be associated with Gattuso as a no-nonsense, tough-tackling, ultra-aggressive terrier, who would bound around the pitch. The man loved a reducer.

Gattuso’s work-rate (and ferocious tackling) would allow more creative players like Andrea Pirlo, Kaka and Seedorf to play in that uber-successful side on the noughties.

A pretty simple choice when one of the ​50 greatest players has played for your club.

Marco van Basten is considered one of the greatest centres forwards; the Dutchman thrilled by scoring in every manner possible.

Seemingly hellbent on having the greatest YouTube compilation ever, Van Basten made beautiful goals his modus operandi.

His career was curtailed by injury and he was forced to retire by 28…However, he had already won three Ballons d’Or by then.

Ruud Gullit ​can consider himself very unlucky but Milan’s 60-70s hero gets the nod.

Péle once hailed Rivera as the ‘greatest player to ever live’, Rivera was a player of exceptional quality and a great touch who reimagined what the creative player could provide.

A club legend, Rivera made 658 appearances and notched 164 goals for the Rossoneri.

Gianni’s trophy cabinet is stocked to the rafters, while he was also the crucial cog in the often forgotten 1970 Italy World Cup squad that reached the final. 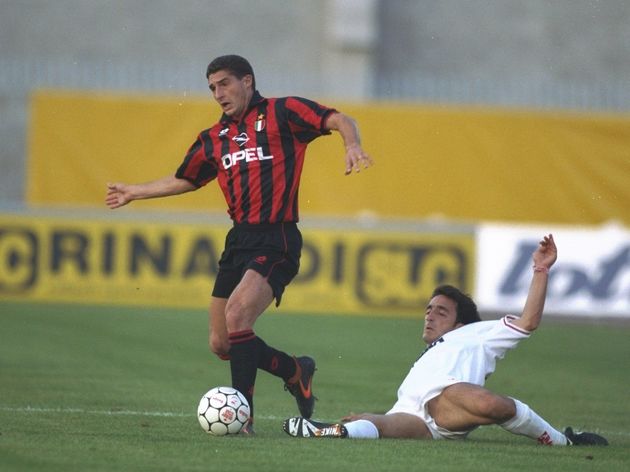 ​A scorer of two goals in the demolition of Barcelona in the 1994 Champions League final, Massaro enjoyed nine years of continual success at the club.

Massaro was also the crucial forward option that brought a different dimension of physicality and athleticism to the already dynamic team and was often a super-sub, ultimately taking home 14 major honours in over 200 appearances for Milan.