The Welsh teenager is yet to make his Premier League debut for the Reds, but has featured for the first-team on five occasions so far in cup competitions, grabbing an assist in the thrilling 5-5 draw against Arsenal in the Carabao Cup back in October. 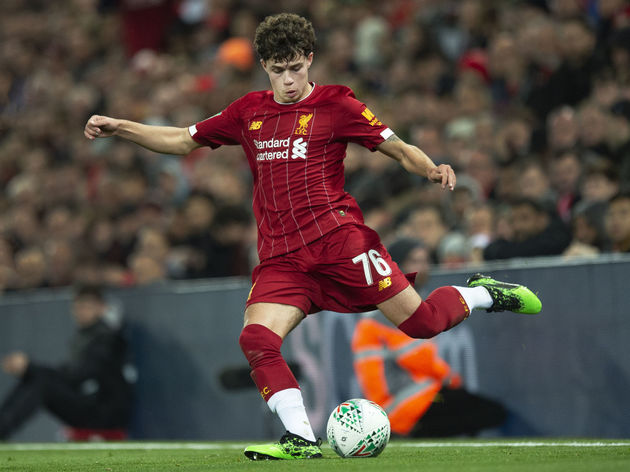 He has also impressed in this season’s FA Cup, and ​Goal suggest that Williams’ crossing ability and energy down the right flank – similar to that of first choice Trent Alexander-Arnold – has impressed Klopp enough to consider him part of his first team plans.

Indeed, speaking after the Reds’ defeat in the FA Cup fifth round at the beginning of March, quoted on Liverpool’s official website, Klopp remarked ‘he played a super game at Chelsea, and obviously showed that we can really have a second full-back coming’, suggesting that he’ll have a part to play in the club’s future.

Williams has already been involved in Liverpool’s Premier League matchday squads on seven occasions, but has yet to climb off the bench in order to sample valuable minutes.

The praise for the 18-year-old academy graduate doesn’t end there, however. Wales manager and Manchester United legend Ryan Giggs told the ​BBC back in February that Williams was a ‘fantastic player’, admitting that his coaching staff were ‘looking at Neco because he is playing for a brilliant team at the moment and he has done really well when he has stepped up.’

Giggs has already shown that he’s not afraid to give young players a chance on the international stage, calling up Manchester United teenager Dylan Levitt to his squad in May last year, even though he hadn’t featured for the Red Devils.

who has represented his country at youth level, he’s revealed his admiration for

Alexander-Arnold in the last few days, admitting to the ​Mail that he and his fellow youth team colleagues have been inspired by his displays.

“It’s just kind of an eye-opener to prove to people that anything is possible with hard work and dedication,” Williams noted. “Trent was at the academy from a young age and he’s gone up through the ranks. Now he’s obviously one of the best right-backs in the world and he’s playing unbelievably.”