Basically, he had the lot. No matter which situation he found himself in, the forward had the answer – and then some. It’s hard to put into words just how good Pelé was, but simply put, the world of 1958 was about to witness a talent and quality of player it could not have even dreamed of before.

Only, they all had to wait a little longer for Pelé’s big arrival. The teenager was injured for the opening two fixtures, but he was introduced in the final game of the group stages, as Brazil qualified for the quarter-finals with ease. 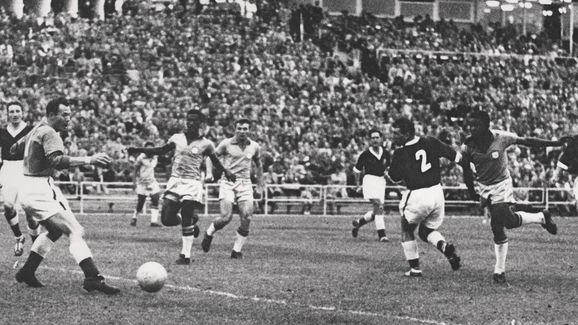 This is where the world’s greatest footballer was born. Brazil beat Wales 1-0 and Pelé scored the only goal of the game. And it was very much a sign of things to come. Collecting the ball with his back to goal, Pelé flicked the ball inside his marker and volleyed home, showing an unbelievable level of calmness and flair to his raw game.

The Brazil star then bagged a hat-trick in his side’s 5-2 semi-final hammering of France, before facing host nation Sweden in the final. Entering the match as the youngest player to ever play in a World Cup final, you could have forgiven Pelé for letting the occasion get to him.

Instead, he scored a brace, including one of the greatest goals in Brazil’s history, where he brought a high cross under control with his chest, flicked the ball over the defender’s head and lashed home.

Brazil lifted the prestigious trophy for the first time ever and Pelé was hailed as the best young player of the tournament. It was only the beginning for a true sporting legend, who would amass an astounding 87 goals and over 100 assists in 1958 alone. Staggering.

So that was it. His status as one of football’s stars was in full flight, and all of Europe’s biggest clubs were counting their pennies in an attempt to lure him away from Brazil. But Pelé chose to stay with Santos, stating that he had no reason to leave, given all of the world’s best players were in the Brazilian league. A year later, Pelé guided Brazil to second place in the 1959 South American Championships (the now Copa America), scoring eight goals and winning Player of the Tournament in the process.
​
​But it wasn’t only at international level that the Brazil star enjoyed his many successes. 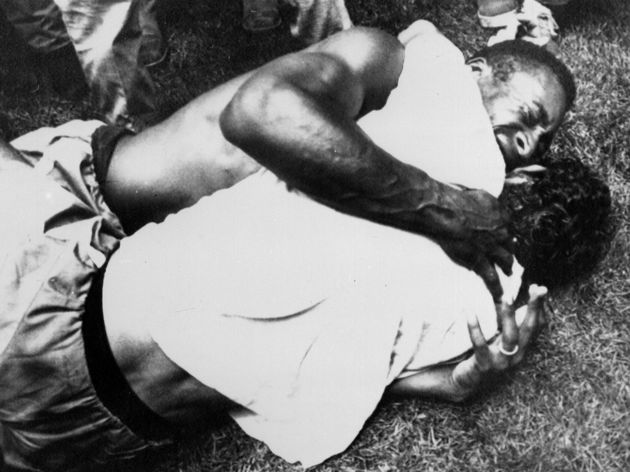 Pelé was also part of the 1962 Brazil World Cup winning squad, although he hardly featured due to a muscle injury he picked up early in the competition. But he would come back stronger in 1970, when Brazil lifted their – and Pelé’s – third World Cup. He remains the only man to have achieved this remarkable feat.

​But all of the records and goal tallies pale in comparison to the genuine skill and flair that Pelé possessed, and his ability to win a game all by himself with his magic touch. Pelé was always thought of as a pioneer of the game, who brought glamour and style to a sport which was crying out for an identity.

It seems only fair that he is remembered as responsible for coining the phrase ‘The Beautiful Game’.

After all, nobody played it better.

90min’s ‘Top 50 Greatest Footballers of All Time’ can be found here.