Players this, players that.

What players are destined for big summer moves? What youngsters are ready to take the next step? Blah, blah, blah.

It’s about time we shined the light on the tacticians, the masterminds, the motivators, the most scrutinised. That’s right, the managers. In a day and age where Jose Mourinho is (apparently) past his sell-by date and Jurgen Klopp is the prototype for the ‘modern-day manager’, plenty of big European clubs will be looking to appoint coaches who align themselves with the German’s ideology in the coming years.

And at a time where Frank Lampard, Mikel Arteta and Ole Gunnar Solskjaer earned top-level coaching jobs with little to nowt head-coaching experience, those listed below were just some of the names their respective clubs overlooked.

But don’t fear, these seven names are poised to take a step-up in management soon. Following a successful stint in charge of Red Bull Salzburg, Marco Rose has established himself as one of Europe’s hottest coaching properties in his debut season at the helm of Borussia Monchengladbach.

A tactically flexible coach who encourages intricate build-up play from the back and his front men to constantly interchange, Rose certainly fits the bill as a modern-day manager.

Die Fohlen were the surprise package of the A passionate American who coaches with the heart on his suit sleeve, Marsch is another promising manager to have developed under the Red Bull dynasty.

Since his arrival in 2019, Marsh’s principles have fit wonderfully at 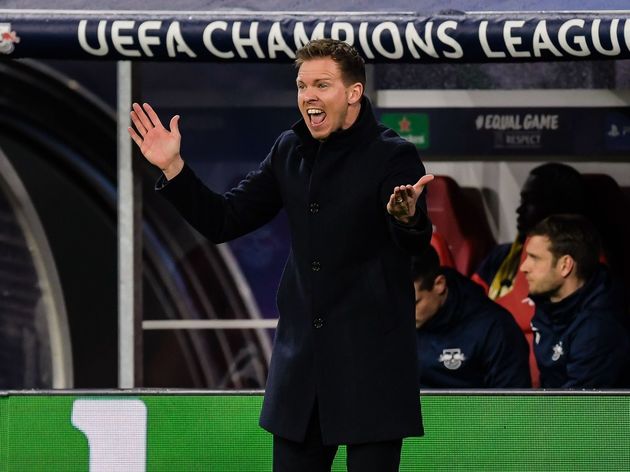 Julian Nagelsmann was determined to become a Bundesliga

And following unthinkable success at Hoffenheim as the youngest Bundesliga coach in history, Nagelsmann has continued to excel at RB Leipzig in his debut season at the club. From Stefano Sensi to Merih Demiral, Sassuolo are widely regarded as a stepping stone for players to reach Europe’s finest. Now, they have a manager who might make a similar leap.

Roberto De Zerbi rose to prominence as a coach at Benevento, a club he guided to an unlikely Serie A promotion before being appointed the Sassuolo boss in the summer of 2018. Ajax’s ability to overload the flanks was superb, while their quick one-touch combination play was something to behold. Ten Hag had the Dutch outfit playing some tremendous stuff, something we hadn’t seen out of Amsterdam since 1995.

While the departures of Matthijs de Ligt and Frenkie de Jong in the summer saw Ajax fail to replicate their miraculous success this season, ten Hag’s ideals and principles are an attractive fit for most top clubs in the current climate. While Atalanta topped the Serie A

The 62-year-old’s tactics show he’s not your typical Italian manager. He asks his defenders to aggressively man-mark to force turnovers while his dynamic 3-4-3/3-4-1-2 has simply overwhelmed opponents on many occasions.

La Dea were poised to something special in Europe before Covid-19 came along, while Gasperini’s system saw