Ben White has been subject to an array of transfer speculation of late following a selection of eye catching displays in the heart of the Leeds backline.

The 22-year-old is on loan at Elland Road from parent club Brighton, but has recently ​​been linked with a move to Leicester, Manchester United, Chelsea, Liverpool and Tottenham.

Figures in excess of £20m have been quoted for White – despite him being yet to play a minute of Premier League football. Here’s everything you need to know about the highly sought-after centre-half. White joined the esteemed youth system at Southampton aged eight, but was released at 16. Despite the rejection from the Premier League outfit, a number of other top flight and Championship clubs saw something in White that the Saints hadn’t.

The defender had trials with Leicester and Bristol City before opting to move to ​Brighton, playing White has really had to cut his teeth in the lower echelons of the football league, with ​Leeds his third loan spell of his fledgling career. His first loan move was a hugely successful season ​at League Two outfit Newport County in the 2017/18 season.

White first caught Leeds’ eye when he was part of the Newport side to knock the Whites out of the FA Cup third round in 2018. Newport were rewarded with a fourth round tie against ​Tottenham, and they forced a replay at Wembley after holding Spurs to a 1-1 draw.

In January 2019, White moved to Peterborough United for the remained of the campaign, as the League One outfit narrowly missed out on the playoffs.

White then sealed a season long loan move to Elland Road in the summer of 2019 – although Leeds had been looking to secure a permanent deal for the defender. 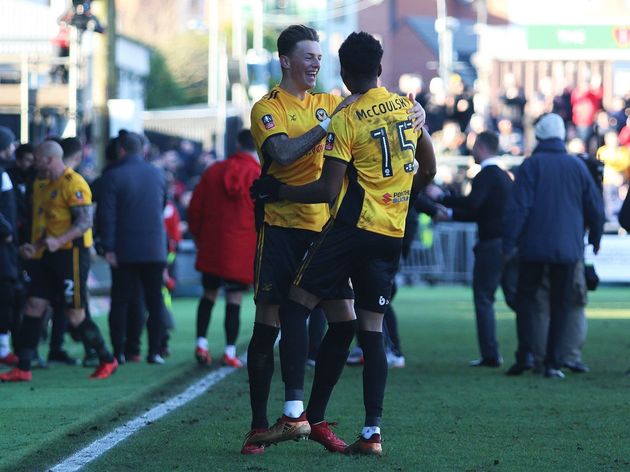 White was a real favourite at Newport. Despite being just 20, in his first season ​in senior football White made 41 appearances for the Welsh club.

He scooped the club’s player of the year award, and manager Mike Flynn described him as ‘the best loan signing the club has ever made’. ​White is the classic modern day, ball playing central defender. Cool and composed, and with the ability to bring the ball out from defence, comparisons have naturally been drawn with John Stones and Rio Ferdinand (granted, one of those is significantly more flattering than the other).

This doesn’t take away from his defensive ability though, with White certainly not afraid of a crunching tackle.

The 22-year-old is also versatile, and can operate as a right-back or a defensive midfielder. Marcelo Bielsa showed incredible faith in White, opting not to replace Pontus Jansson after his move to Brentford, and instead throwing his young loan signing straight into the thick of Leeds’ promotion push.

White has started every Championship game for Leeds this season, and has been at the heart of the league’s second meanest defence. Only Brentford have let in fewer goals than the 30 conceded in 32 games by the Leeds backline.

White won the Championship player of the month for August, and Brighton were reported to have slapped a £20m price tag on his head in November following interest from ​Liverpool. During Leeds’ recent Championship encounter with Brentford, White was tasked with distracting opposition goalkeeper David Raya at a corner. The defender fully committed to his duty by ​attempting to unstrap Raya’s gloves. Sport’s all about those small, 1% gains…