Yes, it’s shocking I know, but after 154 days of football, a Liverpool team managed by Jürgen Klopp has lost a game and the reaction has been well…slightly over the top.

Whether you agree with Atlético Madrid’s ‘anti-football’ or not, the Spanish side beat the runaway Premier League leaders 1-0 in the Champions League on Tuesday night – so it’s time to deal with it. 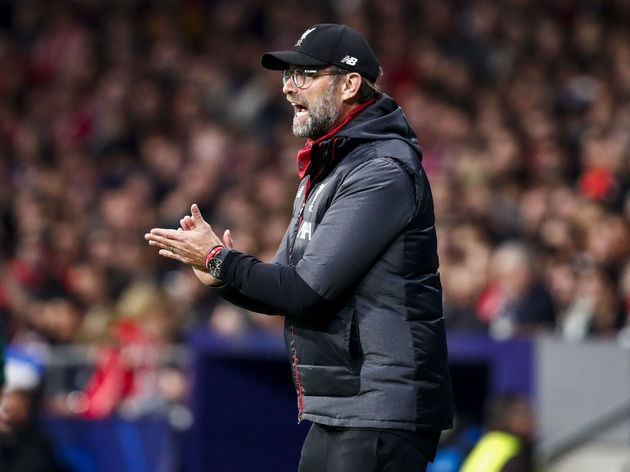 And many Reds supporters are staying positive, they are aware it is only a one-nil deficit, there is a second leg to play at Anfield and it is only their second loss of the entire season.

But, there were those who were utterly dismayed by the performance, who were calling for Klopp’s head, and in the absurd world we live in, even

The man who has his side 25 points clear at the top of the ​Premier League, who guided them to a Champions League crown last May, is now being cut loose by fans after one narrow defeat.

Don’t believe me? Take a look for yourselves…

There are a small army of ​Liverpool supporters who believed the German was totally out of his depth during Tuesday night’s encounter… and that it is time for him to step down.

Let’s be honest: Klopp’s lost his way. The sooner they sack him the better for Liverpool. #ucl

I’m getting emotional even tweeting this right now. Jurgen Klopp is ruining my, no OUR club and OUR traditions. Sack him before it is too late. Enough is Enough, disgraceful performance! Emery is available! #KloppOUT

I’ve been a Liverpool fan my whole life, grew up there, all my family born there. But tonight was the last straw, I can’t take it anymore.
Enough is enough.#KloppOut

Many believed that in spite of only losing by a single Saul Ñíguez goal that the Reds manager got his tactics horribly wrong and was outgunned by his opposite number, Diego Simeone.

Klopp has bottled this with his subs. probably going to get hate from fans for this but get of his arse and admit it. taking off our two best attackers for lesser players and leaving on a non creative midfield. 
It’s like he’s happy with the 1-0.

Klopp needs to start being braver in these European aways. Literally no point in starting workhorses if we’re going to lose 7/11 aways. Might as well lose and score.

I find it mad we all knew to a man how Athleti would play. Klopp defo knew. Yet we couldn’t do a thing about it. #LFC

Even star man Trent Alexander-Arnold was coming in for some harsh criticism. It wasn’t the defender’s finest night in a Reds shirt but still…a tad harsh, wouldn’t you agree?

The absolute state of Trent Alexander Arnold. Horrible footballer part of a system which minimises his defensive responsibility and allows him space to spam crosses for 90 mins. If England are serious and want to win the Euro’s this summer, he should be no where near the XI. pic.twitter.com/EqYN7VJYOB

I have been told that the greatest fullback Trent “better than Dani Alves” Alexander-Arnold got brutally harassed last night against Atletico & the greatest team ever had 0 shots on target despite having 73% possession. Life came fast at Liverpool fans.