​Ole Gunnar Solskjaer has revealed that it is ‘touch and go’ whether Marcus Rashford will play again this season due to a back injury.

Rashford tweaked his back during the club’s FA Cup third round replay win over Wolves in mid-January, and Solskjaer’s latest comments suggest that the England forward is likely to play no part in the club’s push for a Champions League place this season. 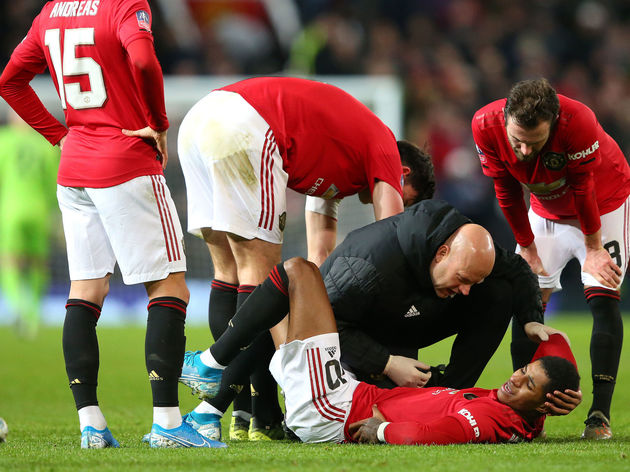 ​United are currently away in Belgium where they will take on Club Brugge in the first leg of their round of 32 Europa League clash, but there are now fears that their star striker could even be forced to miss out on Gareth Southgate’s upcoming European Championship squad.

“I would hope he’s playing this season but it’ll be touch and go towards the end,” Solskjaer said in his pre-match press conference, via ​Laurie Whitwell. “I would hope he plays before then [end of season] but if he’s not fit enough he won’t go.”

“I’m not a doctor but I was hoping he’d recover quicker than it actually looks like he’s going to be out for.

Solskjaer says Rashford will be out for another “few months definitely”. Adds: “I’m not a doctor but I was hoping he’d recover quicker than it actually looks like he’s going to be out for.” #MUFC

​Paul Pogba​that an assessment later in the week