​Manchester United are lining up a £50m bid for Wolves’ in-form forward Diogo Jota in the summer transfer window.

The Red Devils sent representatives to watch the Portuguese play in the Europa League on Thursday evening – where he bagged a hat trick against Spanish side Espanyol. 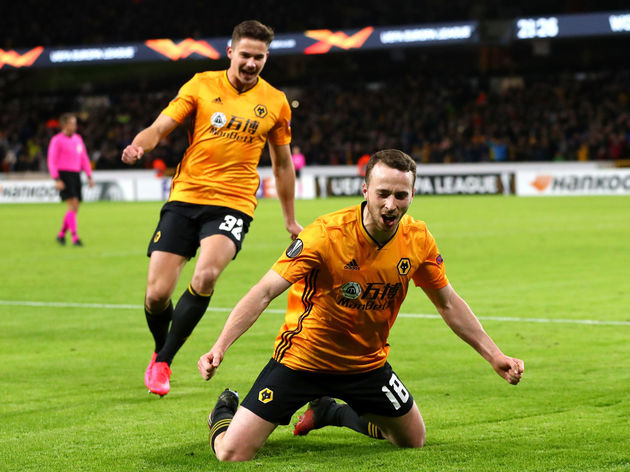 A target for ​Tottenham last season, Jota has been frequently watched by United scouts for the last two seasons, according to the ​Daily Express.

However, ​Wolves will be very keen to keep the young attacker at the club, and he’s under contract for another three seasons.

​Manchester United are currently battling several teams for a ​Champions League spot, including Chelsea, Spurs and Wolves themselves, and if they get a spot then that will only help increase their chances of landing Jota.

The club need more quality up front to help out ​Marcus Rashford and ​Anthony Martial, with Odion Ighalo only on loan until the end of the season and Mason Greenwood still finding his feet as a professional.

Nine of Jota’s 14 goals this season have come in Europe and Ole Gunnar Solskjaer needs to find a solution for United to become a better goal-scoring outfit. The argument against a move, however, would be that Jota is a left-sided attacker and United currently have several options there. That is Rashford’s best and preferred position, while Martial can also fill in. Adding Jota to their ranks would surely see an excess of key players occupying that space whether they’re starting there or not.

In attack, what United should be targeting is a natural right-winger. Jadon Sancho is a popular name, and ​a source has told 90min that the Red Devils are confident of signing him in the summer.