​Everton are expected to demand clubs to pay £20m for striker Cenk Tosun, who’s set to leave the club at the end of the season.

The Turkish international is currently on loan at Crystal Palace for the remainder of the campaign, with previous bosses Marco Silva, Duncan Ferguson and now Carlo Ancelotti overlooking the 28-year-old at Goodison Park.

Despite his struggles since arriving on Merseyside, Phil Kirkbridge of the Liverpool Echo believes that Everton are still asking for £20m for Tosun’s services in the summer, although they aren’t in a desperate position to sell due to the former Besiktas man having two-and-a-half years left on his contract. 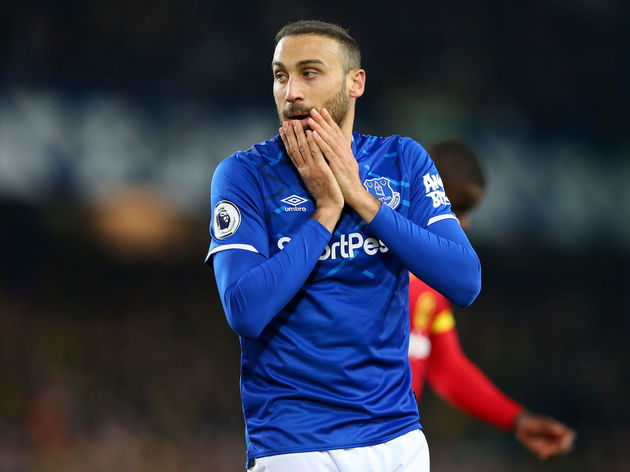 Nevertheless, it’s an asking price that’s set to put many clubs off a potential transfer.

Even if the Toffees find a buyer, they’d still be making a loss on the £27m they paid to sign Tosun back in January 2018.

The then 26-year-old arrived at Everton having built up a decent reputation at Besiktas, leaving the Turkish club with 64 goals in 142 appearances, including 20 in 33 league games during his final full season at the club.

However, Tosun – who represented Germany at a youth level – has struggled since his arrival at Goodison Park.

After a bright start in the second half of the 2017/18 campaign, where he scored five in 14 Premier League The form of Dominic Calvert-Lewin and Richarlison this season saw Tosun’s game time severely dwindle, eventually securing a loan move away to Palace

But even if he enjoys a successful stint at Selhurst Park, Everton