​Chelsea host Bayern Munich at Stamford Bridge on Tuesday, in the first leg of their Champions League round of 16 tie. 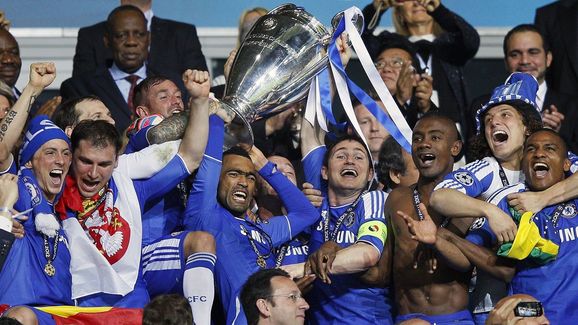 The hosts have endured stuttering form lately, but were hugely impressive in their victory over former manager Jose Mourinho and ​Tottenham at the weekend. They qualified for the last 16 after finishing second in their group behind Valencia.

Bayern finished top of Group B, eight points above second-placed Spurs. They ended on a goal difference of +19, averaging four goals per game – a stunning record at this level. Managed by

The biggest blow for Chelsea has been the injury ​N’Golo Kante sustained against ​Manchester United last week. It is likely to keep him out for around three weeks, ruling him out of the Bayern clash.

Tammy Abraham, Chelsea’s top scorer, has played on through an ankle injury in recent weeks. He was named on the bench for the win over Tottenham, coming on in the 71st minute. He’s likely to be involved, but whether he starts is a closer call.

​Ruben Loftus-Cheek returned to the matchday squad for the Spurs clash, but it’s unlikely he’ll be risked in such a high-pressure game, considering the number of months he’s spent on the sideline. Christian Pulisic is still out and won’t return in time to face Bayern. Callum Hudson-Odoi watched from the stands as his teammates saw off Tottenham, and Lampard is unsure if he’ll be ready to face the side that bid numerous times to try and buy him only a year ago.

Niklas Sule is Bayern’s biggest miss. The German defender had come on leaps and bounds last season, but a cruciate ligament rupture is likely to set him back until late April or maybe even May.

​Ivan Perisic is out for at least a couple more weeks with an ankle injury, while Leon Goretzka’s expected return date is still unknown, after he sustained a muscle injury in training last week.

They first met in the 2005 ​Champions League quarter-finals, where Chelsea squeezed past Bayern 6-5 on aggregate, largely thanks to a successful 4-2 win at Stamford Bridge in the first leg.

Next came that historic final in 2012, when an injury and suspension-hit Chelsea won the competition by beating the German side on penalties. They had needed Drogba’s sensational 88th minute equaliser and for Cech to save a penalty in extra-time to do it. The following year, Bayern did win the Champions League and Chelsea dropped down a level to win the Europa League. Therefore, they met again in the UEFA Super Cup. In what is their most recent meeting, Bayern got penalty revenge, seeing off the Blues 5-4 on spot kicks after an entertaining 2-2 draw.

Chelsea have only managed to win two of their last six games, and one of those wins came in the FA Cup against Hull.​ Their victory against Spurs offered much-needed respite for Lampard, whose side have fallen to defeats against ​Newcastle and ​Manchester United in the new year.

Bayern have taken advantage of teams falling away from the top of the ​Bundesliga table – they’re now first, one point above RB Leipzig.

The last time Bayern were in the capital, they hammered Tottenham 7-2 in the group stages. ​​Serge Gnabry scored four that night. They’ve been in inspired form in the Bundesliga since then, including registering a number of impressive results on the road. Chelsea’s performance against Spurs did make for attractive viewing, and the returns of Hudson-Odoi and Loftus-Cheek, even if only from the bench, will only make Chelsea a more technically proficient side.

Bayern are serial winners, but this Chelsea haven’t found the same level of consistency yet. The Blues will huff and puff, but the Bavarians will nick an away goal and steal the match with it.