Atalanta have one foot in the Champions League quarter-finals after an enthralling 4-1 victory over Valencia at their adopted home of the San Siro on Wednesday night.

La Dea’s expansive style of play put Valencia to the sword as a brace from Hans Hateboer and strikes from Josip Iličić and Remo Freuler secured a commanding first-leg lead. The hosts started brightly and with a quarter of an hour gone, they had their lead. Skipper Papu Gómez played in an inviting low cross for Hateboer to tap in his first-ever goal for the club.

Atalanta were a real threat in the first-half, their tendency to overload the flanks with their wing-backs caused problems for the visitors on the counter-attack.

But against the run of play, Valencia almost hit an equaliser. A quick free-kick caught Atalanta out, clever movement from Ferran Torres put him in on goal, but the angle was tight and he struck the woodwork. 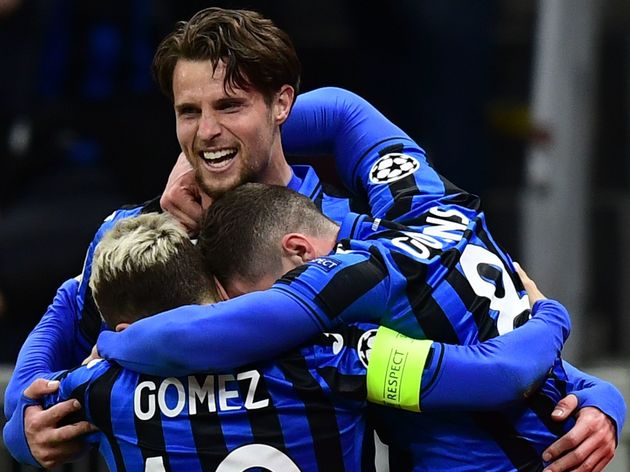 The away side would rue those missed chances as on the stroke of half-time Illičić received the ball on the edge of the area, worked an opening and thrashed it beyond Jaume Domenech and into the top corner.

Then just before the hour mark, it was three. Gómez again involved, the loose ball spilt to Freuler who cut in from the left and whipped a curling effort into the far corner.

Valencia’s Maxi Gómez then had a golden chance to grab a crucial away goal but, unmarked in the middle of the goal, he fired straight at Pierluigi Gollini.

Minutes later, and unbelievably, Atalanta had their fourth goal of the night. Hateboer had his second as the full-back finished a move that quite simply ripped the Spaniards apart. But the goals didn’t stop there, a sloppy ball was expertly taken advantage of by Valencia substitute Denis Cheryshev who rifled an unstoppable shot across the keeper and into the net.