The first-half was entertaining, with an opening-minute goal from Dominic Calvert-Lewin putting the Toffees in front when he acrobatically finished from Gylfi Sigurðsson’s free-kick. The away side were determined to add a second, and Alex Iwobi went close against his former club when he drilled his effort over the bar.

Arsenal responded, with youngster Eddie Nketiah going close for the hosts, shooting over the bar. The 20-year-old however would not be denied soon after, combining with fellow youngster Bukayo Saka to equalise for the Gunners. Aubameyang then turned the game around when he coolly slotted past Jordan Pickford.

Yet it was short-lived, for Everton equalised just before half-time when Richarlison slid in to bundle the ball over the goal line from Yerry Mina’s flick-on.

1 & 46 – This is the third game in Premier League history to see a goal scored inside the opening minute of both halves, after Newcastle v Arsenal in January 1996 and Charlton v Leeds in March 2001. Haste. pic.twitter.com/xMbaS78zaV

The break seemed to galvanise manager Mikel Arteta’s men, for Aubameyang scored his second within seconds of the restart, when he nodded in Nicolas Pépé’s cross.

Both Richarlison and Calvert-Lewin went close for the away side but were unable to convert to bring Carlo Ancelotti’s men back on level terms. The former then went closest to equalising for a second time during the closing stages when he got his head to Bernard’s cross. But the ball fell just inches wide of the goal, much to the relief of ​Arsenal fans, who minutes later celebrated a crucial win to jump back into the top-half of the table. Mikel Arteta has shown a willingness to select youngster Eddie Nketiah for the first team since his loan recall from ​Leeds. And the striker was preferred to mid-week match winner ​Alexandre Lacazette for this afternoon, starting again for the Gunners.

The 20-year-old had a lively start, and saw his first shot fly over the bar. It was a sign for things to come though, and he repaid the faith shown by his manager when he finished from Saka’s cross to level the game for the hosts.

His performance led to chants of his name from the Arsenal faithful and his display will have certainly earned himself more minutes for the North London club.

21 – Nketiah’s opening goal, assisted by Bukayo Saka, is the first goal that @Arsenal have netted in the Premier League that was scored and assisted by two under-21 players since September 2008, when Denilson assisted Nicklas Bendtner vs Bolton. Kindergarten. pic.twitter.com/IkhtDSxSc4 With two goals to twice put Arsenal in front, it’s no surprise Pierre Emerick-Aubameyang was the star man for the home side.

The captain took his chances well and finished superbly when released by Luiz’s ball to curl the ball past Pickford, putting the Gunners in front in the first-half. He then showed off his goal-scoring instincts to nod in Pépé’s cross to put his team in front.

His work-rate throughout the game was superb and defensively he was solid in the closing stages of the game as the hosts fought to protect their lead.

31 – In his Premier League career, Pierre-Emerick Aubameyang has scored 31 goals in 38 games played on Sundays, compared to 17 goals in 36 games on all other days of the week. Selective. pic.twitter.com/BMCU1oypCM

Three wins in seven days is massive for #Arsenal.

Leno atoned for his error with some vital interventions, and Aubameyang was devastating in attack and disciplined in defence. His attitude and athleticism are just sensational.#ARSEVE pic.twitter.com/x7ExN2DUGf 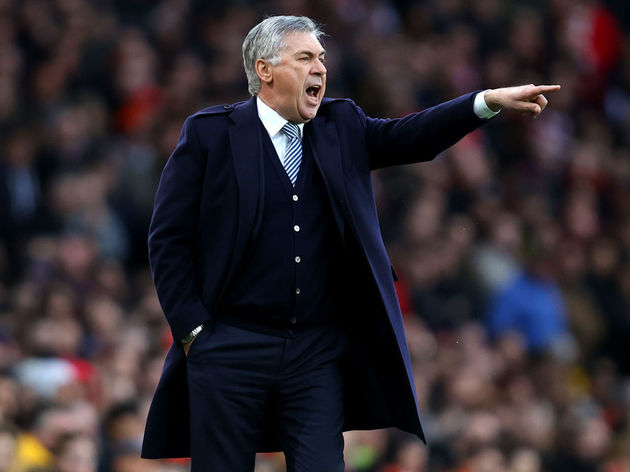 And indeed, the Toffees used their aerial abilities to great affect, with a free-kick from the Icelandic international being volleyed in by Calvert-Lewin in the opening minute of the game. It was a sign that their best chance to exploit Arsenal’s backline would come from these opportunities.

The equaliser from ​Richarlison would emphasise this point further when Baines’ corner was nodded on by Mina and the Brazilian toe-poked the ball past Leno. Again, the Gunners could not win the aerial battle and were caught out by both South Americans who combined to equalise for the away side.

While the Toffees may leave London disappointed by the result, it is clear that their set-piece ability will make them a threat to any team in the league. Whenever Everton looked a threat, it was striker Dominic Calvert-Lewin who always seemed to be involved. The finish for the opening goal was brilliant and he used his pace to defensively pressure Mustafi and Luiz into mistakes while also creating chances for himself and his teammates.

12 – Dominic Calvert-Lewin has scored 12 Premier League goals this season; the last English player to score as many in a single campaign for Everton was Kevin Campbell in 1999-00 (12). Duo. pic.twitter.com/rV4g1wDsG0

Arsenal next host the second leg of their Europa League round of 32 clash against Olympiacos on Thursday night, while Everton will be at home to ​Manchester United on Sunday afternoon.