​League leaders ​Liverpool travel to Molineux on Thursday evening to take on Wolves, knowing that they can make it 40 games unbeaten in the Premier League.

Both sides come into the contest having triumphed in their previous game. Liverpool’s latest victory came on Sunday in their impressive ​2-0 victory over rivals Manchester United – Klopp’s men have now won 30 of their previous 31 games, while ​Wolves recorded an impressive 3-2 victory away at Southampton.

In the reverse fixture, Liverpool edged to a 1-0 victory at Anfield. Wolves will be hoping that their impressive home form – they have lost just once in 12 matches – could cause the Champions-elect an upset.

Nuno Espirito Santo will again be unable to call upon defender Ruben Vinagre (hamstring), but forward Diogo Jota may return after a dead leg. The Liverpool game comes too soon for centre-back Wily Boly (ankle). Jurgen Klopp has no fresh injury concerns coming into Thursday’s game. ​Fabinho is available for selection following his brief cameo off the bench against United. While midfielders Naby Keita and James Milner remain sidelined, both Dejan Lovren and Xherdan Shaqiri could make the squad after returning to full training.

As mentioned previously, ​Liverpool edged to a narrow 1-0 victory when these sides met in December. In fact, they have won their last three league games against Wolves without conceding a goal. 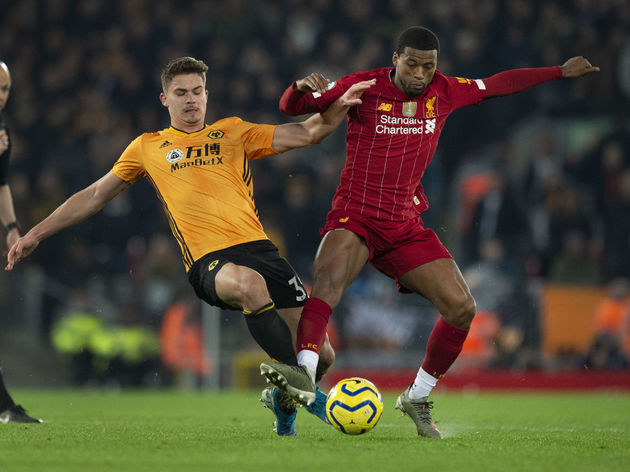 Wolves, on the other hand, have won just one of their previous 11 meetings against Liverpool. However, in the FA Cup​, Wolves have come away 2-1 winners in two fixtures in the last few years, the most recent of which came in January 2019 at Molineux.

​The Reds come into the match looking to continue their astounding unbeaten run. They will be just nine games away from matching Arsenal’s 49-game unbeaten run if they avoid defeat on Thursday. They have taken 91 points from from the past 93 available in the league, winning 30 from 31. A victory would make it 14 wins in a row.

A clean sheet would make it eight on the bounce, equalling the club’s top-flight record set from December 1922 to March 1923, and matched from October to December 2005.

​Wolves currently sit 6th in the table, yet have ​won just once in the previous five games in all competitions. They have failed to keep a clean sheet in their last eight league fixtures, conceding the first goal in each of their last seven. However, they have earned 18 points from losing positions, the most in the Premier League. Wolves will certainly provide a stern test for Liverpool to overcome on Thursday evening. It was tight at Anfield earlier in the season, and Wolves do not tend to lose at home. However, Liverpool are relentless, and will believe they can take all three points on the basis of their form over the last year, and having beaten Wolves 1-0, 2-0, and 2-0 in their last three league meetings​.