Bayern Munich midfielder Thomas Müller has hinted at the possibility of a move away from the German champions at the end of the season.

The 30-year-old has seen his role in the team increase again since the appointment of Hansi Flick in November, having been knocked down the pecking order during Niko Kovač’s spell at the helm.

Despite this, Müller has been vague on where he may end up come the start of next season. 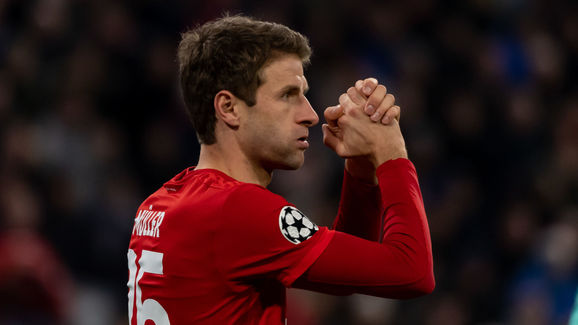 “What will happen in the summer, I will talk to the club and consider my options.

When asked about the possibility of a new contract at ​Bayern, with his current agreement set to expire in 2021, he added: “With such a thing, all parties have to put their arguments in the pot.

“Let’s see if you can make an agreement there. You just have to compare what all parties want.” During the first three months of the season under the guidance of Kovač, ​Müller saw out a full 90 minutes only once in the ​Bundesliga. In the seven league games since Flick’s arrival, the former Germany international has lasted the distant four times.

In this time on the pitch, Müller has scored twice and set up 11 goals. This season, only Manchester City’s ​Kevin De Bruyne and Lazio’s Luis Alberto can better the German’s assist total in league action this season.

While the vague nature of his comments leaves a first transfer in the player’s career an option, it could be a ploy to negotiate an improved contract. However, should anyone be able to acquire his services, they will be purchasing a player who may be in his thirties, but is still one of Europe’s most creative forces.