​It’s been a great start to the new year for Maurizio Sarri’s Juventus.

A 4-0 mauling of Cagliari and a hard-fought 2-1 win away at Roma has seen them bounce back from their disappointing end to 2019 – where they lost in the Supercoppa Italiana to Lazio. Those two victories and Inter’s recent 1-1 draw against Atalanta means I Bianconeri hold a two-point lead at the top of Serie A, but their attention now turns to the Coppa Italia and Udinese – a side who have won their last three league games and are level on points with Napoli.

After winning the competition four seasons running between 2014 and 2018, they were knocked out at the quarter-final stage last time out to eventual finalists Atalanta – who would go on to lose to Lazio 2-0.

Nevertheless, with winning the Scudetto the main focus, you can expect some rotation by Sarri ahead of his side’s home fixture with Parma on Sunday. Here’s how he could lineup for the Coppa Italia clash at the Allianz Stadium on Wednesday night. Gianluigi Buffon (GK) – Chances have come few and far between for the 41-year-old since his return to Turin in the summer as one of Europe’s finest shot-stoppers – has firmly established himself as the number one. With Buffon the number two, he should start Juve’s cup outings. 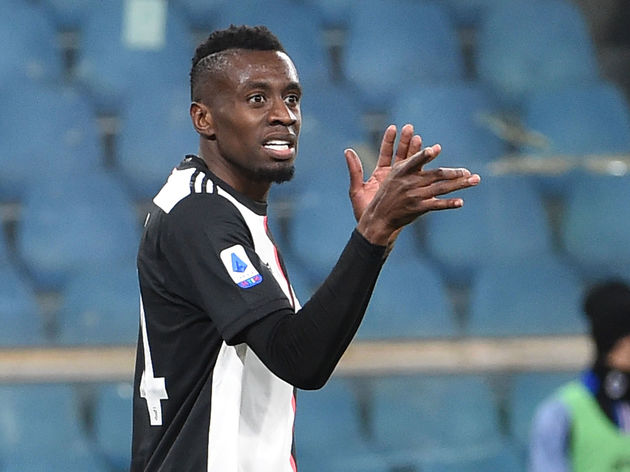 Adrien Rabiot (CM) – With Juve severely stockpiled in midfield, chances have been tougher to come by for Rabiot than they were at PSG – when he made himself available for selection for the French giants, that is. Seven starts and 11 appearances in Serie A in total isn’t particularly impressive, and neither is his record of zero goals and zero assists.

Miralem Pjanic (CM) – Perhaps the best central midfielder in Serie A. Has become increasingly important to Juve, with his top attributes including his passing and set-piece ability.

Blaise Matuidi (CM) – The World Cup winner is one of Juve’s hardest workers and often fills in across the board when injuries strike. He should feature in a more familiar central role here and will likely be one of the runners from midfield supporting Juve’s attackers. Federico Bernardeschi (CAM) – The Italian is another who’s struggled to excel under his new manager this season – scoring just one goal in all competitions. While a gifted footballer and one who can be great to watch in full-flow, Bernardeschi has struggled for confidence in the final third and has been guilty of losing possession far too often. Nevertheless, the 25-year-old – who hasn’t started Juve’s last five – will likely get minutes here as he has his sights on a starting spot at Euro 2020.

Cristiano Ronaldo (ST) – The lad doesn’t like having days off, so expect him to feature against Udinese. Has 14 goals in 16 league appearances this season.