United have won 18 games by at least four goals in the last seven years, including famous 4-0 victories against Norwich when Ryan Giggs was caretaker manager, Angel Di Maria’s demolition of QPR, a thrashing of Yeovil on Alexis Sanchez’s debut and against Chelsea in August 2019.

But United have scored five or more goals in only a handful of those victories. 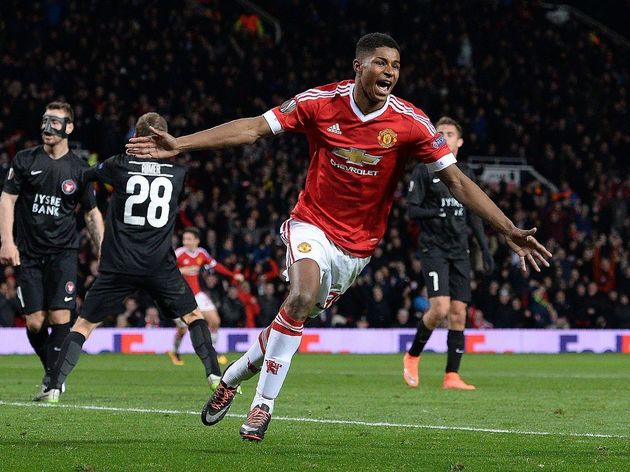 This game was made famous as Marcus Rashford’s United debut, having been thrown into the starting line-up when Anthony Martial was injured in the warm-up.

United actually trailed Midtjylland 2-1 from the first leg of the Europa League tie, but an own goal cancelled out the deficit, before Rashford bagged a monumental brace in the second half.

Ander Herrera converted a late penalty and Memphis Depay capped off arguably the best performance of his short-lived United career with a fifth. Jose Mourinho was sacked in December 2018 off the back of a 3-1 defeat to Liverpool and a run of one win in five Premier League games. That paved the way for Ole Gunnar Solskjaer to be drafted in as caretaker manager, with the Norwegian overseeing a 5-1 win in his first game.

That victory came away from home against former club Cardiff, making the occasion all the more sweeter for Solskjaer, who was slated as a failure in south Wales.

Rashford scored just three minutes into the game, with further goals from Herrera and Martial before the interval. Jesse Lingard then got a rare brace in the second half. The highlight of David Moyes’ 10-month stint at Old Trafford was a 5-0 thrashing of Bayer Leverkusen in Germany in the Champions League group stage.

United had endured a dreadful start to the Premier League season. But Europe provided relative respite for Moyes as his team demolished Leverkusen, a result which secured qualification for the knockout stages with a game to spare.

United led 2-0 after half an hour when an own goal doubled the advantage given by Antonio Valencia. Jonny Evans, Chris Smalling and a fine strike from Nani rounded off the scoring. United’s FA Cup fourth round victory over Tranmere gave fans something to be joyful about and much needed relief against a backdrop of utter chaos this season.

It is United’s biggest away win since the 8-1 thrashing of Nottingham Forest in 1999, when Solskjaer himself scored four times off the bench, and the first time a United side has scored five in the first half of any game since a 6-1 win against Arsenal in February 2001.