​Leicester are interested in signing Fenerbahce forward Max Kruse, with the club potentially eager to sell the player due to financial issues.

The German striker left Werder Bremen on a free transfer in the summer, opting for a move to Fenerbahce despite being contacted by Liverpool.

However, with the club in some financial trouble, the Turkish giants may have to offload the 31-year-old, and it’s Leicester who currently sit in pole position should the attacker become available.

According to Haber Global’s Fenerbahce reporter, Yagiz Sabuncuoglu, Kruse is content in the Super Lig for the time being, but offers from the Foxes, Real Betis and Bayer Leverkusen may be tempting for the forward.

The German has started 13 matches in the league this term, scoring three times and grabbing five assists. All of his goals have come over the course of the past five Super Lig games, most recently in Saturday’s 2-0 win over Gaziantep FK.

Kruse, who has been capped 14 times by his country, had never left Germany before his move to Turkey, enjoying a successful career with the likes of Wolfsburg, Freiburg and Borussia Monchengladbach.

Despite rumours circulating, it’s worth noting that no official bids have been made for the former Bremen man, who is contracted with Fenerbahce until 2022. 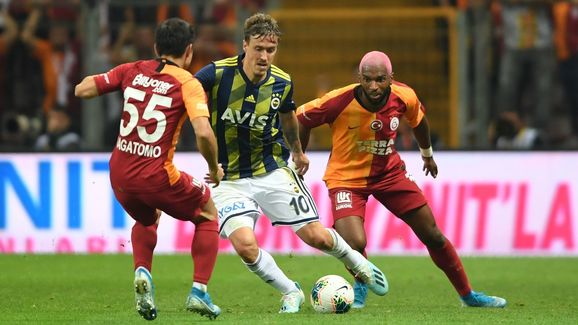 ​Leicester may be interested in a ​transfer for the veteran to help ease the goalscoring burden on ​Jamie Vardy – currently the league’s most prolific scorer with 17 goals. Kelechi Iheanacho has emerged in recent months as an apt replacement, but Brendan Rodgers is seemingly eager to strengthen his attacking line.

The Foxes have won just two of their previous seven league matches and have lost back to back games against Southampton and Burnley. They have fallen well out of contention in the title race with hefty losses to Manchester City and Liverpool, and are desperately looking to consolidate their Champions League spot.