​Brighton captain Lewis Dunk has been linked regularly with a move away from the AMEX Stadium during this transfer window – and in many previous.

Arsenal, Chelsea, Leicester, West Ham and Tottenham have all been interested in acquiring his signature at some stage during his career, yet he still remains an Albion player. Every single club in that list would be able to throw tens of millions of pounds in Brighton’s direction, so the fact he is still there is miraculous.

Making his first England appearance in June 2018 and being touted for another call-up ever since, Dunk has consistently maintained his status as one of the Premier League’s most underrated stars. Not only that, but he has locked himself down as a player who is utterly indispensable to the Seagulls. They must do everything in their power to keep him. Why is he so important to Brighton then, you may ask. Coined by fans as ‘one of their own’, Dunk has become a crucial figure in the heart of defence throughout a period of transition. Not only have they battled meticulously to reach a stage where they can proudly say they are enjoying their third successive season in the top flight, but they have also braved a managerial change in that time.

Well, as previously mentioned, he is – and has been for over a decade now – that ever-present leader every club yearns for. He has been at the very centre of everything Brighton have achieved and – as they experienced against Leicester when he served a one match suspension – the effect of his absence can be truly devastating. Born in Sussex, and as someone who matches the description displayed above, you would think that he would surely never want to leave, right? Well, that’s where things are a little up in the air. Growing up, who did Dunk support? It was Chelsea. The most recent club to be linked with him? Chelsea. 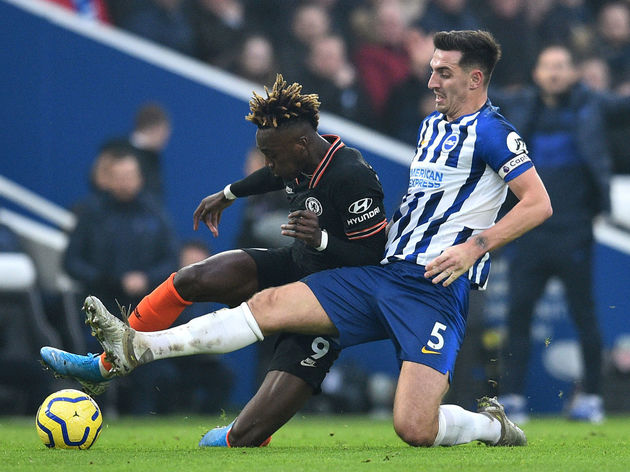 In fact, as previously ​reported, ​the Blues have been eyeing a ​shock January move for the defender, who could end up costing around £50m.

Now, £50m is for sure a large sum of money and at first glance it would seem that Brighton turning down such an offer would be a ludicrous decision. After all, £50m is £50m. What you have to consider however, is that losing Dunk would have a truly devastating impact on the dynamic of the entire football club. Not only would they lose their club captain, but they would lose a club legend – an icon that has inspired tens of thousands of Seagulls fans to support the team with pride.

The Albion have a wealth of defensive options available to them but no one would be able to fill such a large void at the back and at the club as a whole. Summer signing Adam Webster has impressed in the early stages of the season; Shane Duffy would head a brick for his side if he had to; Dan Burn has been a unit. Ben White would even be an option if he were to be recalled from ​Leeds. But once again, they simply don’t match Dunk’s presence.

If Chelsea were to develop their interest into a formal approach it would unfortunately make good sense for Dunk to leave. He would have a better chance of getting back into the England set-up, he would be able to play ​Champions League football and he would be able to walk out at Stamford Bridge in the colours he wore growing up.

It would be very difficult for him to turn down such an incredible opportunity. Brighton fans will be hopeful that their endless love towards Dunk – and the efforts the board should be making to keep him – will be enough for loyalty to prevail in this case.