The reigning champions haven’t exactly had the best start (by Pep Guardiola’s standards at least), with the Citizens constantly playing in the shadow of current leaders Liverpool – and their chances of winning a third consecutive Premier League title look well and truly behind them.

However, this City side still contains some of the finest talent in Europe. Here are four players who have performed exceptionally well since the beginning of the season. 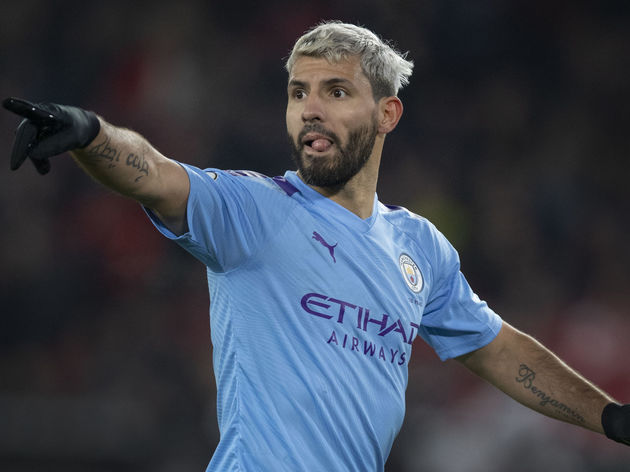 Not really a surprise here, with ​Sergio Aguero becoming one of the club’s most valued assets since his arrival to Manchester nearly ten years ago. He continues to show why he is so important, already picking up 16 league goals this season – five ahead of teammate Raheem Sterling.

That’s pretty impressive, considering he’s only played 18 games in the Premier League, having picked up an injury in November which ruled him out for the majority of the following month.

Not only that, but the Argentine has also managed to break two records in January, including becoming the competition’s top scoring overseas player. If that’s not enough to be shortlisted for the award, we don’t know what is. Another player who isn’t shy of making the headlines for ​Manchester City is, of course, ​Kevin De Bruyne. The Belgian is having yet another fantastic season for the Citizens, conjuring up an impressive 15 Premier League assists for his side this campaign – that’s at least five ahead of anyone else in the league, and just five off of Thierry Henry’s record in a season.

But this isn’t exactly breaking information, with the 28-year-old proving his worth as a world-class player over the last few years.

This season, he has continued to be a joy to watch. His incredible passing range, shooting ability and physical strength makes him the complete midfielder – and City just wouldn’t be the same without him. ​Sterling is obviously a vital part of this current Manchester City side. To highlight just how impressive their attack is, he’s managed 11 league goals this season while providing one assist, yet hasn’t received much fanfare this season.

In all competitions he has scored 19 times, including an impressive five goals in the Champions League.

Without a doubt, the 25-year-old will continue to be one of Manchester City’s most talented players for years to come – and thanks to his consistency, it’s hard to argue why he isn’t deserving of such award. However, one player that has truly stepped up this campaign is ​Riyad Mahrez. This season, City supporters have been delighted with the performances of the Algeria international, becoming the player we all knew and loved when he was first signed from Leicester.

The winger has already knocked up nine goals and 13 assists in all competitions so far this season. Last year, Bernardo Silva’s excellence was the reason why Mahrez was often pushed out of the side. However, they are now both getting plenty of game time – and deservedly so.