Southampton creeped out of the relegation zone and heaped further pressure on relegation rivals ​Norwich with a 2-1 win at St Mary’s.

​Southampton started the faster of the two teams with the pace of Shane Long and the clever runs and occasional trickery of Danny Ings causing the Norwich defence multiple problems.

After 21 minutes, Nathan Redmond’s fast feet drew a free kick on the edge of the area and displayed Norwich’s vulnerabilities from set pieces. A whipped cross at the front post saw Danny Ings find himself space in between two Norwich defenders to flick it beyond Tim Krul and give Southampton the lead.

Norwich struggled to get star striker Teemu Pukki in the game as they struggled to retain possession. The Finnish striker was forced to drop deep to receive the ball but he did manage to find the net for the Canaries in the 65th minute to reduce the deficit. A perfectly weighted through ball from Alexander Tettey and a well-timed run from Pukki split open the defence and allowed him the striker to lash the ball in the corner past the helpless Alex McCarthy.

This suddenly breathed new life into Norwich as they began to control possession and completely overrun Southampton in midfield. Southampton started to drop back and even made defensive substitutions to see out the result. Norwich continued to see more of the ball and towards the end wasted multiple chances at goal. Stoppage time saw Norwich continue to press for an equaliser, but it wasn’t to be. Substitute Emi Buendia found himself with a free header but put it wide and Sam Byram had two chances well blocked in the last minute as Southampton held on for a nervy three points.

Shane Long may not be the greatest finisher in the world but he can certainly cause defenders problems. His pace and willingness to look for the quick release as well as his surprising strength in the air was a great strength for Southampton. Add on to that Danny Ings’ quick feet, clever runs and shoot on sight mentality and Southampton really could have had three or four in the second half.

Danny Ings has more PL goals this season than:

Most underrated striker in the PL? pic.twitter.com/7aJkQLhzcw

They know they can score goals but they need to find a way to improve defensively if they want to stay up this season. Ings proved a real thorn in the Norwich defence with his link up play with Shane Long causing all sorts of problems. His clever late run to the near post for James Ward Prowse’s first half free kick saw him grab a goal and his overall play was impressive.

A well taken volley in the second half was inches away from putting the game to bed for Southampton but he and Southampton will have been encouraged by his performance.

Norwich fans will likely be concerned by their teams obviously vulnerability when defending set pieces. Twice they came unstuck against Southampton with their zonal marking allowing Southampton players to find space after late runs towards the ball.

Ings found himself in space between two defenders for his goal and the second saw Shane Long pull always to win the flick on header and Ryan Bertrand in acres of space to find the finish. If Norwich are to start finding results, they’re going to need to shore up defensively from set pieces or other teams will start looking to expose them. 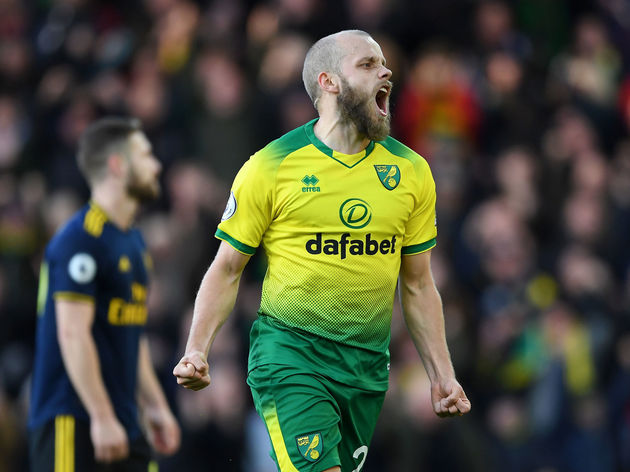 Time and time again Norwich have relied on Teemu Pukki, and more often than not he has delivered. He managed so again today. Although he ended up on the losing side

Norwich City sat firmly in the relegation zone have a home fixture against surprise outfit Sheffield United on Sunday afternoon.