Tottenham Hotspur forward Son Heung-min has been named as the Asian Football Confederation’s International Player of the Year for the third time.

The South Korean also collected the award in 2015 and 2017, while he has twice finished as runner-up since the prize was first given in 2012.

Despite Spurs’ struggles this calendar year, Son has been a reliable performer for the north London outfit, with his stellar displays seeing him earn the club’s player of the season award for 2018/19. 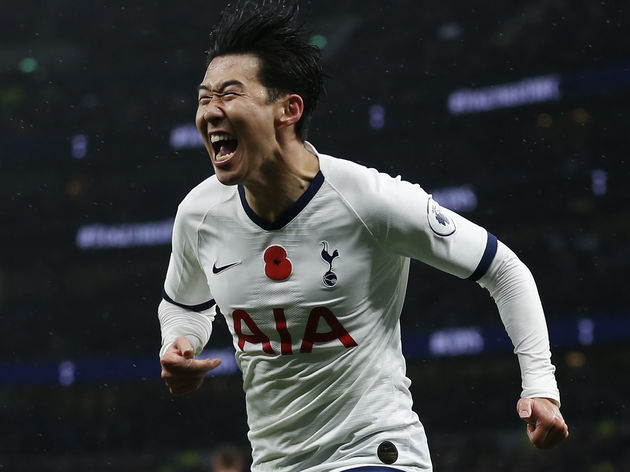 The 27-year-old scored 12 goals in 31 ​Premier League appearances last term as he became an increasingly influential member of the team, particularly Harry Kane’s absence. In the Champions League, he scored three vital goals in Tottenham’s quarter-final victory on away goals against Manchester City.

He’s been similarly productive during the early stages of this campaign, scoring nine times and grabbing eight assists in all competitions.

Though Son’s form for Tottenham was integral in him adding a third title, he has been equally important for his national side.

He was given the South Korea captaincy in 2019, yet the extra responsibility hasn’t fazed the Spurs star, who’s been at the forefront of the Taeguk Warriors’ push for World Cup qualification.

Paulo Bento’s team sit second in Group H, but have a game in hand on leaders Turkmenistan. Son – who has netted two goals in qualifying – and his compatriots remain unbeaten, keeping them on course to reach the finals in 2022.

The AFC confirmed the news of Son’s victory via their ​official website, with this latest triumph meaning he has now won the award two more times than any of his fellow competitors. Eintracht Frankfurt midfielder Makoto Hasebe was handed the accolade in 2018, while former ​Crystal Palace captain Mile Jedinak and ​ex-​Manchester United midfielder Shinji Kagawa have also enjoyed successes in the past.